The Safety Series Part 4: What Do I Need For Navigation? 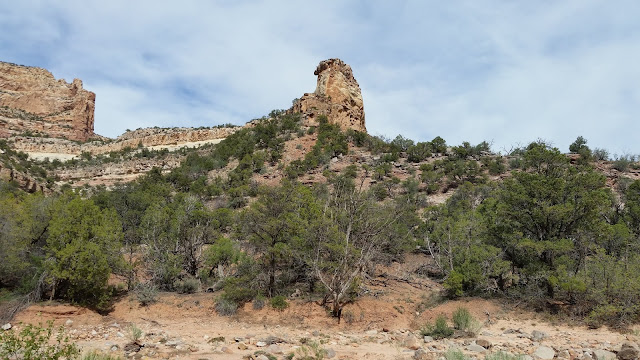 In retrospect, attaching my maps to a lanyard around my neck might not have been the best idea:


It was slow going. The terrain was steep with lots of ups and downs. Branches tugged at me as I ducked over, under, and around them. I stopped to check the...
MAP. Where's the map?
It was on the lanyard around my neck just a few minutes ago. But now the lanyard was broken, dangling mournfully around my neck. And that map pack was nowhere to be found. I attempted to re-trace my steps, but it was impossible. It could be anywhere. I walked a mile back and forth, looking for where it fell. Nowhere.

I sat on a fallen pinyon trunk and tried and compose my thoughts. I had no map, 40 miles from the nearest paved road. I had downloaded a backcountry mapping program onto my phone, but had cell coverage to access the topo for this area. However, even though I didn't have topographical data, I still had a GPS track of the route saved on my phone. A blue line through empty space. I had no choice - try to follow that line - and be cognizant of the remaining battery.
I knew that, as long as I made it into Dark Canyon, I'd be home free. I expected to see backpackers in Dark Canyon and in the worst case scenario, I could hitch a ride back to my car from them. The challenge was getting there. I aligned my phone to north with my compass, shot a bearing, and started following my compass, overland, south-southeast. I had to go three miles and end up in the right canyon system. Messing up was not an option.

Spoiler: I made it back to civilization just fine. But things could have been a lot worse. It's a good thing I had that GPS track on my phone, even without topo data. That squiggly line through empty space saved my bacon. I had one and a half sources of navigational data. That was enough - but just, just barely. And had I not basically memorized the map before I lost it, it wouldn't have been enough.

Spend enough time in hiking circles on the Internet, and you'll soon find people debating the merits of GPS apps versus map-and-compass navigation. I'm not going to go into it here, except to say that both GPS and map-and-compass have their benefits and drawbacks.

The real problem with the maps-vs-GPS debate is that both sides fail to recognize that different tools are needed in different situations. There are no one-size-fits-all solutions. For example, my personal preference, most of the time, is map-and-compass navigation. It allows me to build a better "mental map" of the area I'm traveling through and forces me to get better acquainted with the terrain. But in thick fog, where I can't see more than ten yards? GPS all the way. 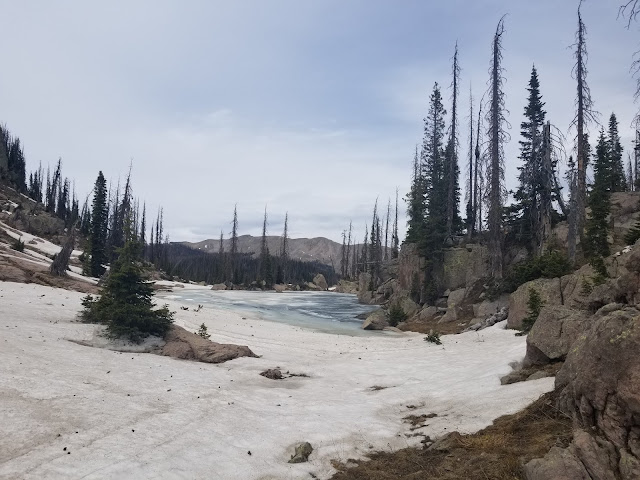 Ultimately, what I'm concerned about is not the kind of navigation sources, but the number. Those complaining that a GPS can fail in the middle of nowhere are right - but they forget that maps can also, um, go missing, leaving you equally stranded. So with that in mind, I offer three categories of navigational situation, each with different navigational requirements:

Type A: I've been here before and know the area very well. The hike I'm doing is on-trail. This may be a "touristy" hike, say, something at a National Park that goes three miles to a beautiful waterfall. There are other people on trail and water is not a problem. I do not need a map for this hike.

Type B: If I've even been here before, it was a long time ago. I don't know the area in very much detail. The hike is still on-trail or follows an obvious off-trail feature like a ridgeline or watercourse. The trail is still fairly obvious but all junctions may not be signed. I may spend a lot of time in the trees, or pass through more complex terrain. I need a map for this hike.

Type C: I haven't been here before, or I don't remember it very well. The hike may be on faint trail or off-trail entirely. The terrain is complex and confusing at times. Water might be an issue. I need two maps for this hike.

Why two maps for Type C hikes? Type C hikes are in remote areas, often off-trail, and often in arid places. If I lose my map, get my phone wet, run out of battery, etc, I don't have any real hope of finding my way back to civilization fast enough to avoid death. When I'm halfway through a 30-mile waterless stretch, getting lost will kill me very, very quickly.

The lost-maps story I refer to in the introduction occurred in a Type C environment on the Hayduke Trail. I needed two sources - and I had two sources, even though one was pretty minimalist. But there are plenty of other routes that fall into the Type C category and thus require two sources:


Here's where the rubber hits the road. In my experience, the majority of hikers on the western long trails (here I refer to the CDT, but I surmise that the PCT is similar) carry only one source of navigational data, even though the environments they're traveling through often fall into the Type C category. There are certainly times that the long trails are Type B, for example, the CDT through Glacier National Park. In those times, carrying only one source of navigational data is warranted. However, I have observed hikers treating the entire 3,000-mile trail as if it were all Type B, when in fact, a good chunk of those miles are type C. So, here are my shamelessly opinionated declarations:


In case you haven't gathered this by now, I'm very careful when it comes to navigation. But despite that, I've lost my maps on two different occasions over the years, and suffered GPS app failures twice. If it can happen to me, it can happen to anyone. But, by embracing redundancy in Type C situations, those failures have been mere annoyances, rather than dangers.

A word on the nature of navigational sources for Type C expeditions: two different apps on the same smartphone do not count as two different sources of navigational data. A charging issue, OS crash, simply losing the phone will render both apps inoperable. Similarly, a brochure map that you get in the backcountry-permit office that doesn't have topographical data doesn't count either. The key question: if I flat-out lost the other navigational source, could I get back to civilization safely?

Thus ends the diatribe. I do have certain recommendations and ways of doing things that I prefer, but don't necessarily rise to the level of universal guidelines. So I offer them as mere recommendations based on my experience: 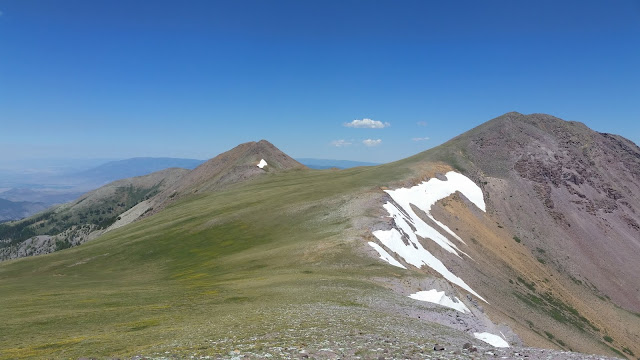 For the seventeen of you who've read this far, thanks for reading and I hope it inspired some thought.
Posted by LarryBoy at 12:45 PM