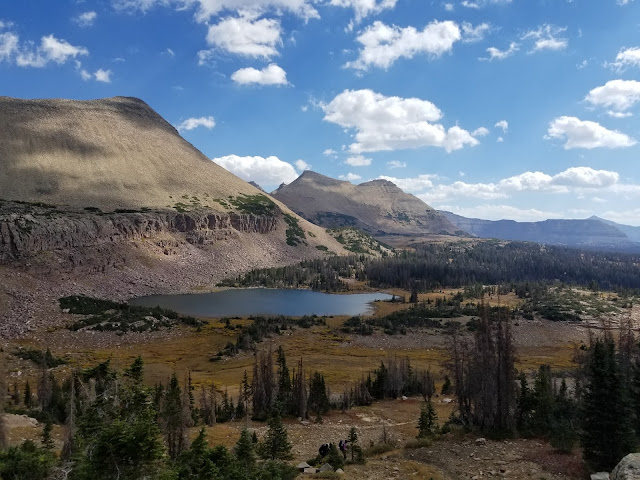 The Uinta Highline Trail is a world-class adventure and is becoming more popular every year. But, as any aspiring UHT hiker will soon find out, transportation is a problem. Those 100 miles of untouched wilderness make it very difficult to get from one end to the other. Those who live locally (Utah, SW Wyoming, or NW Colorado) can simply ask a friend or family member to shuttle them in exchange for gas money and a nice dinner. But for those who are coming from farther away will have more of a challenge. As far as I see it, there are really only three options:

1) Know somebody in Utah who's willing to shuttle you
2) Hire a commercial shuttle service**
3) Self-shuttle, using a combination of buses and hitchhiking.
**Commercial shuttles have come and gone quickly over the years - popping in an out of existence seemingly at random. Recently, multiple users reported a good experience with Mountain Trails Transport. As always, if you use have experience with a shuttle service, please share it in the comments!
The remainder of this article will focus on Option #3 - the self-shuttle. It requires some hitchhiking, along with the use of two different bus systems.
The Direction: These directions are intended for a westbound hike, which is the more common direction of travel for scenery-related reasons. There's no reason you can't do it in the opposite direction though.

The Route: The instructions are for the 105-mile version of the hike, from McKee Draw on US 191 to the Highline Trailhead on UT 150 (Mirror Lake Highway). It would be very difficult to do the 70 or 80-mile versions of the hike using the method described below; the trailheads for those versions are located on seldom-traveled dirt roads. If you want to do the 70 or 80-mile versions of the hike, the only real option is to know somebody who will shuttle you. For a fuller description of the various route options, please see my UHT Overview page.
Disclaimer: These directions involve hitchhiking. The legality of hitchhiking in Utah is a bit of a touchy subject. As a practical matter though, despite being technically illegal, it's generally tolerated by the police as long as you're not being dangerous and/or a nuisance. Retract your thumb when the cop drives by and you'll almost certainly be fine.
On a several occasions I've gotten rides from police officers in Utah. Only one of them informed me that hitchhiking was illegal - and then drove me where I needed to go! In my experience, hitchhiking in Utah isn't any different than in any other state. Still though, don't complain to me in the extraordinarily unlikely event you get robbed and/or ticketed.
Planning ahead: Before you leave the comforts of home, you'll want to make sure you have your ducks in a row. There is no cell service (for any carrier) at the western terminus or along the vast majority of the UHT. The eastern terminus has marginal Verizon service, and may have AT&T as well. Don't wait - save down all the transit and hitchhiking info before you leave home! 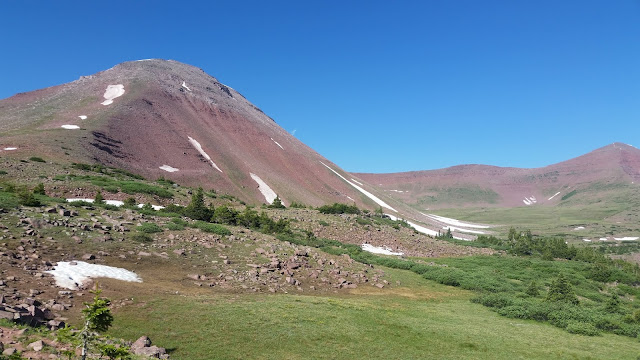 From Civilization to the Eastern Terminus (McKee Draw):

1) Fly or take the Greyhound to Vernal, UT.
Fly: Incredibly, the Vernal Regional Airport (1) actually exists, and (2) as of 2020, has regularly scheduled flights, connecting through Denver. These flights will generally be $60-100 more expensive that flying into Salt Lake. You'd expect ticket prices to a tiny town in the middle of nowhere to be absolutely outrageous, but Uncle Sam subsidizes air service to many small towns in very rural areas, which reduces fares.
Greyhound: Greyhound stops in Vernal once per day in either direction on a Denver-to-Salt Lake City route. From Salt Lake, tickets are as cheap as ~USD $20 if purchased far enough in advance.
NOTE - Greyhound discontinued its SLC-to-Vernal route as part of a larger wave of service cutbacks during the Covid-19 pandemic. As of this writing (fall of 2021), it is unknown when/if Greyhound will resume serving this route. Another option is the Salt Lake Express, which stops in Salt Lake, Park City, Heber, and Vernal. However I've not used this service personally. A report would be appreciated, if anyone uses it.
Unless you're desperate to save a few bucks, I'd recommend flying into Vernal, rather than flying into SLC and taking the Greyhound to Vernal. Though slightly more expensive, flying directly to Vernal is far less complicated and quicker than trying to sync your flight to SLC with the Greyhound schedule. Also, Greyhound has a well-deserved reputation for being sketchy, and often runs many hours behind schedule.

From the Western Terminus (Highline Trailhead) to Civilization:

1) Hitchhike southwest to Kamas, UT on UT 150.
From the Highline Trailhead, hitch 29 miles southwest on UT 150 (aka Mirror Lake Highway) to Kamas, UT. This is the world's easier hitch. All of the traffic on the road is recreational; and you are likely to catch a ride with a kindred spirit who is returning home after hiking, fishing, or camping. MAP

In Park City, get off at the Fresh Market/Park Avenue Condos stop, and catch free Summit County Bus #6 (local) OR #10 (express) bus to the Kimball Junction Transit Center. These buses run constantly throughout the day on a 30-minute schedule.
3) Catch the UTA SLC-PC Connect bus to Salt Lake City
From the Kimball Junction Transit Center, catch the UTA SLC-PC Connect #902 bus down to Salt Lake Central Station. During the summer, it makes one run in the morning and one in the afternoon. From Salt Lake Central Station, you can connect with one of several different shuttle/bus companies (Salt Lake Express, St George Shuttle, Greyhound) or Amtrak, and the airport is just an easy light-rail ride away.
Note 1: This entire process is pretty tough to pull off in a single day. In order to catch the afternoon SLC-PC connect, you'll have to catch the morning #11 bus from Kamas. And in order to catch the morning bus from Kamas, you'd have to get a hitch from Hightline Trailhead really early in the morning - say 5 or 6 AM, when there's basically zero traffic on the road. You'll therefore probably spend a night in either Kamas or Park City, depending on which AM or PM buses you take. That's not the worst thing in the world though, as you'll need a shower and laundry anyway before getting on a plane full of people who aren't amused by hiker funk.
Note 2: From time to time, both the Summit County buses and the UTA bus schedules get tweaked. Schedules also vary by season - as befits a ski town like Park City. A few weeks before you leave for your UHT hike, it's probably smart to check the schedules to make sure they haven't changed.
Note 3: Greyhound used to stop in Park City between Salt Lake City and Vernal, however, this is no longer the case as of 2020. The only intercity transit currently available in Park City is that UTA SLC-PC Connect bus.

The big advantage of having a car is that you can eliminate the need to hitchhike after your hike, when you smell bad and have a deadline to be back at work/school. Things are a little different logistically if you choose to use this method.
1) Drive to the western terminus (Highline Trailhead) and park there.
2) Hitch down to Kamas as described above.
3) Hitch to the Greyhound station in Heber City, UT.
4) Board the Greyhound and take it to Vernal.
5) Hitch to the eastern terminus as described above.
6) Hike the UHT! When you finish at the western terminus, your car will be waiting for you.
If Greyhound ever reinstates its Park City stop, boarding it in Park City would be preferable so you can do less hitchhiking - take buses from Kamas to Park City rather than hitching from Kamas to Heber City.
Helpful Links:
Pack City Transit Routes & Maps
Greyhound Booking
UTA SLC-PC Connect 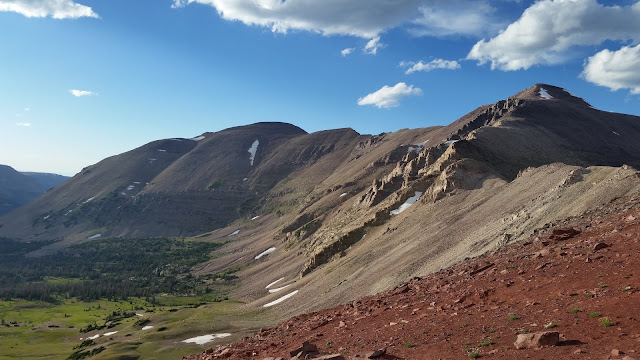