Happy spring, everyone! I took advantage of a three-day Easter weekend to do some backpacking in southern Utah. While the mountains may be my first love when it comes to hiking, red-rock canyon country is also a fascinating place to spend some time outdoors. More importantly, the shoulder seasons are the perfect time to go hiking in the desert, before it becomes unbearably hot and all the water sources dry up! 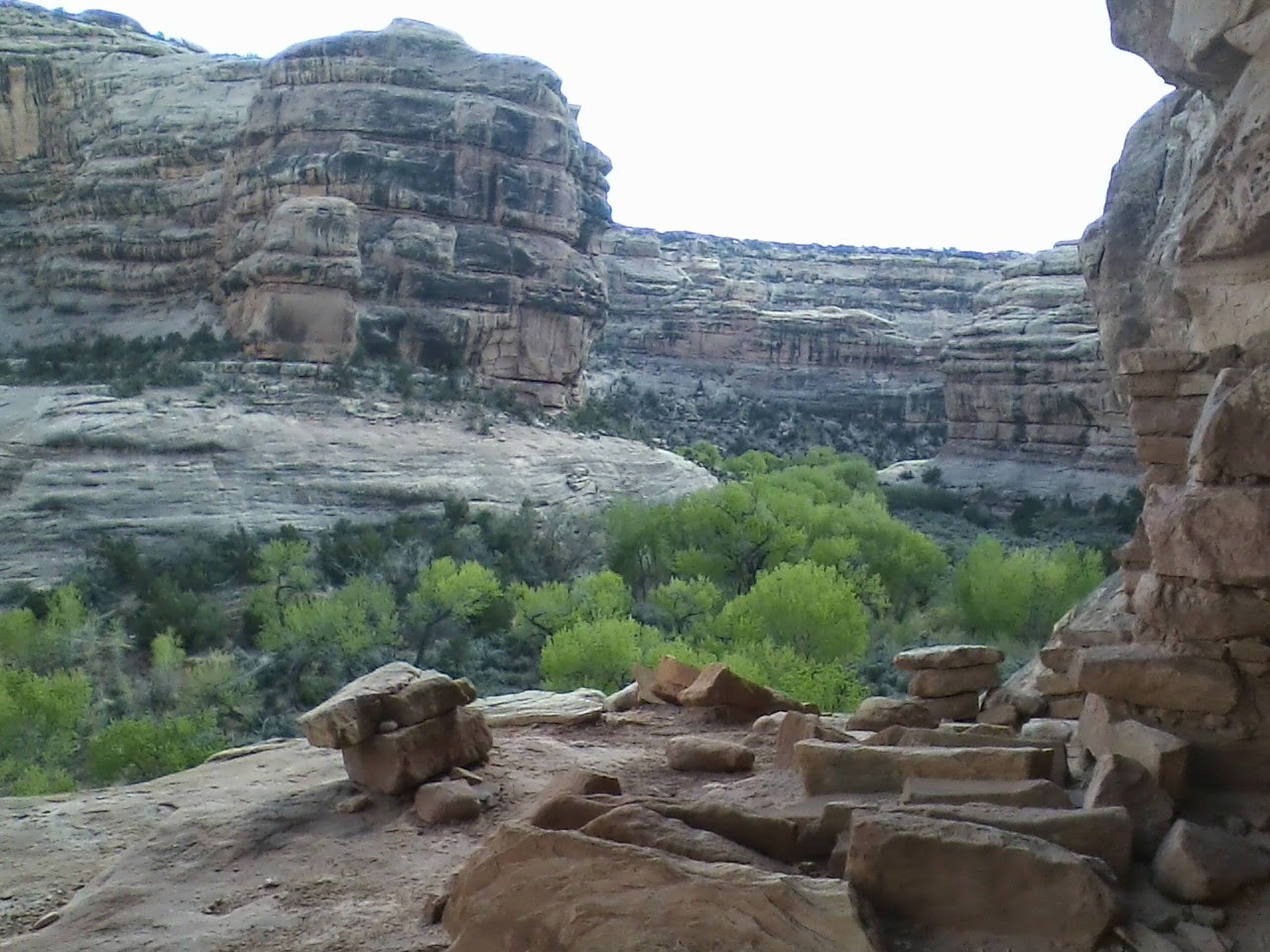 The weekend’s trip involved a trip down to the Grand Gulch, a canyon that cuts through the Cedar Mesa in southeastern Utah. Grand Gulch was one of the epicenters of pre-Columbian society from the B.C. era through about A.D. 1500. For those of you out there who are as nerdy as I am (Dad), this corresponds to the same time when Mesa Verde and the Mississippian mound-building cultures were flourishing. The canyon itself is lined with Indian ruins periodically, which was a major highlight of the hike.

Thursday involved driving down to Cedar Mesa after work. It was about a 6 hour drive, and crossed through some of the most desolate country I’ve ever seen. From Hanksville (which, I might add, consists entirely of pricey three gas stations and a mini-mart) to the Colorado River, I did not see a single man-made structure, or pass another car in either direction for 70 miles. The only signs of human existence are the road, and (unfortunately) herds of cattle grazing the open range and the canyon bottoms. I slept in the back of my car at the trailhead. 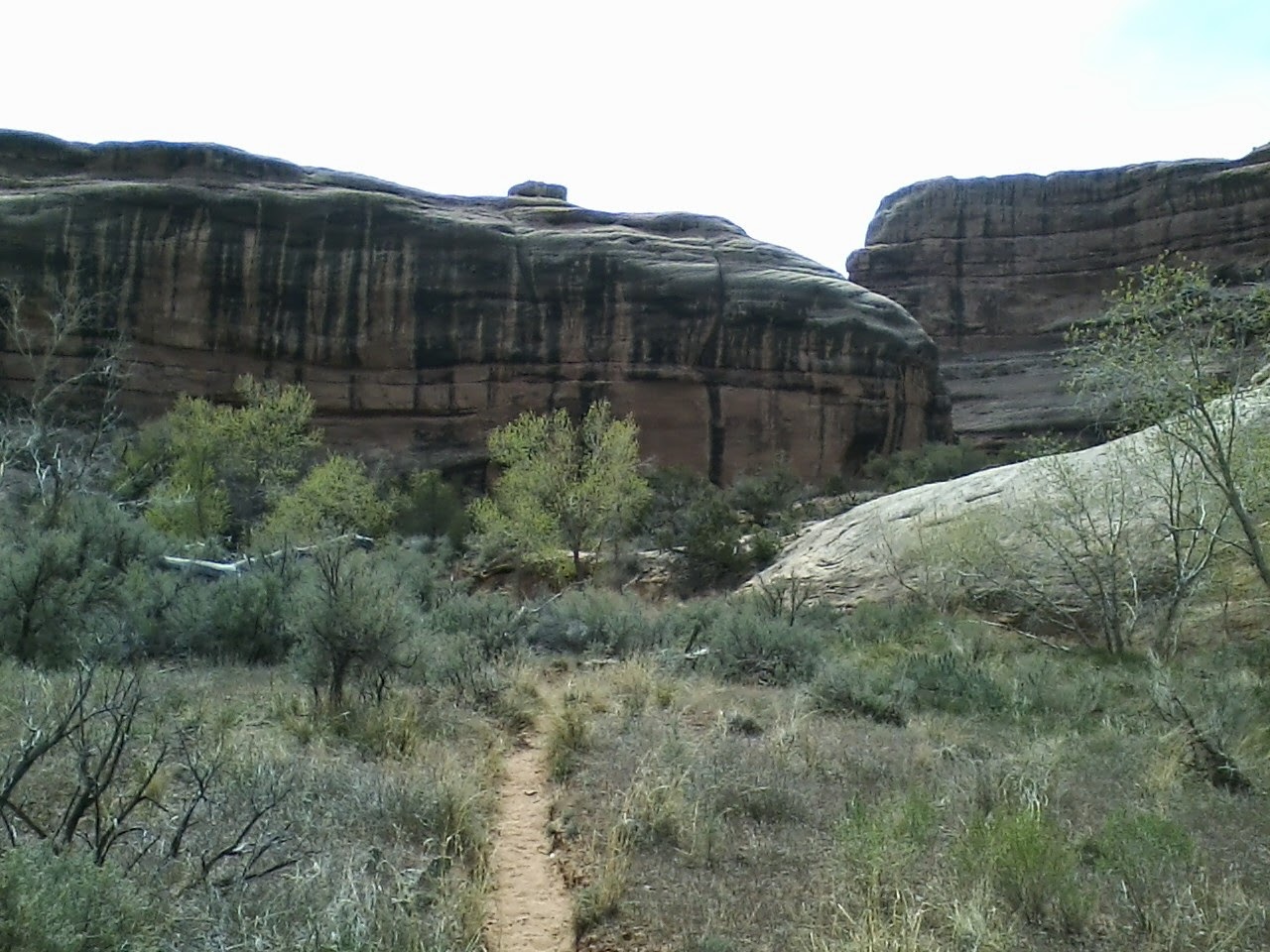 On Friday, I got my permit from the ranger station located at the head of Grand Gulch. I was shocked and appalled to meet government employees who were neither unpleasant, nor overly officious. I should have know, though - they were actually all just volunteers. Three cheers to the Kane Gulch rangers, who got me my permit a half hour before the per

mit office officially opened! I parked my car about 10 miles south, at the trailhead I planned to finish, and hitched back up to the trailhead. I was a little nervous about hitching in Utah (because it’s one of the few states that outright bans hitchhiking), but I caught a ride with the first car after about 20 minutes of waiting.

Friday was a wonderful day. The weather was wonderful, and the miles came easy. Taking a nap mid-afternoon is the height of hiking luxury! I saw a few ruins, however not as many as I expected. Other hikers, however, apparently saw them everywhere! This leads me to one sad conclusion – I’m not nearly as observant on the trail as I think I am. This also might explain how I managed to hike 2000 miles through the mountains without seeing a single bear. I had to set up my tarp that evening because the wind was absolutely howling. When you’re in a sandy canyon and it’s windy, everything gets covered in sand. Everything. I’m still picking the grit out of my teeth a week later, and my phone managed to get sand inside it, beneath the battery. Good thing I set up my tarp though, as it rained lightly for an hour or two that night. 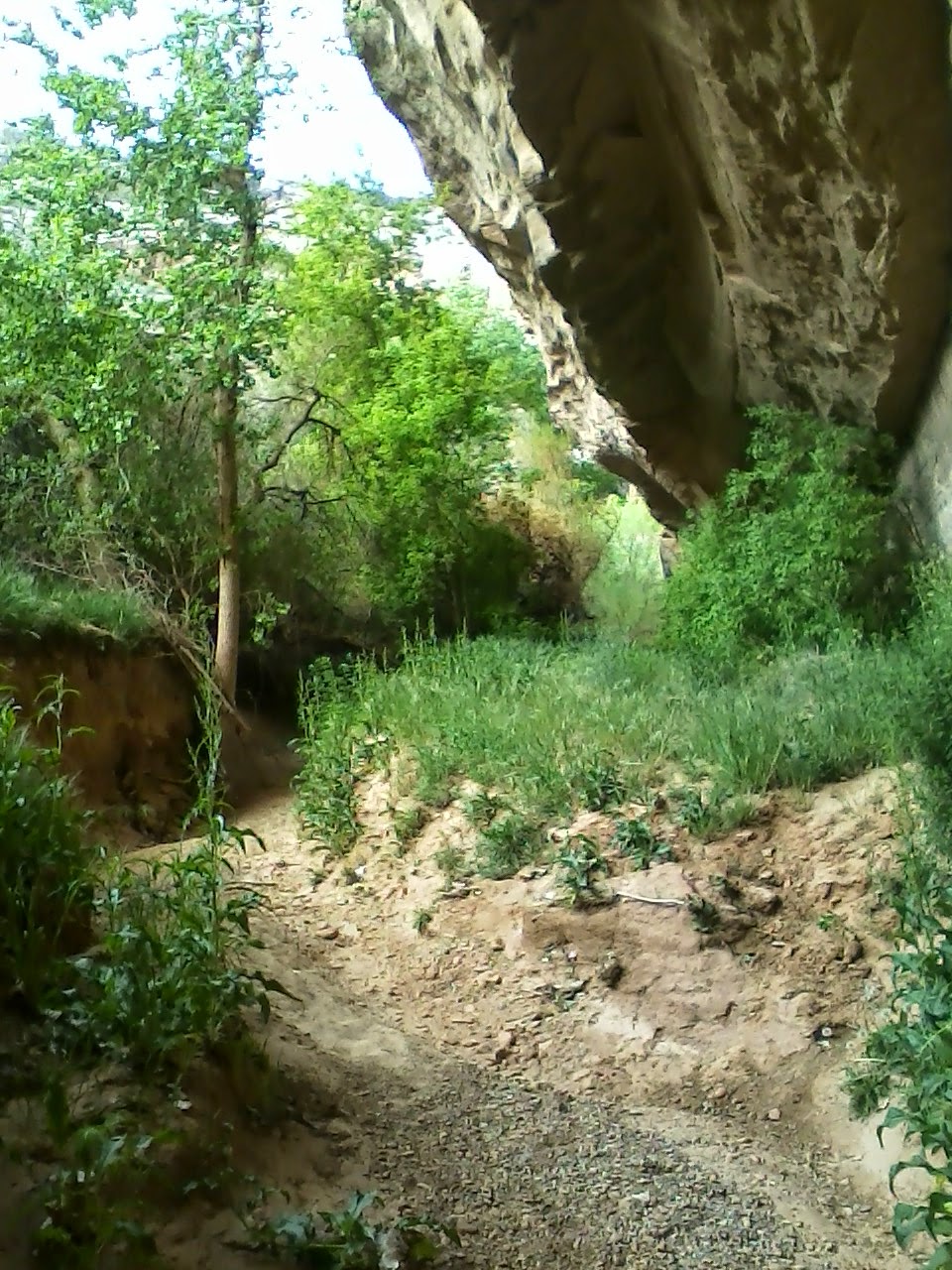 The next day was another nice day; although there was a chance of thunderstorms, I felt five drops of rain. I trekked further into the Grand Gulch, into a seldom-traveled section. There was a wee bit of bushwhacking, and the trail faded in and out periodically. But solitude was abundant, and there was plenty of water. In a few side canyons, I saw some interesting, intricate rock art panels. The BLM asks that hikers do not publically mention where those panels are, to keep them better preserved. About midday, I turned around and headed back up Grand Gulch, to the confluence of Grand Gulch and Bullet Canyon. Bullet Canyon is a side canyon, which contains, in my opinion, the two finest ruins in the area. The Jailhouse ruin is set high on a canyon wall, and is remarkable in its complexity. Perfect Kiva, just a half mile further up the canyon, contains a kiva (underground room) that is remarkably well-preserved, and has been stabilized to allow visitors to actually climb inside it. I cowboy camped that night on a small knoll, with absolutely stunning views. Because the area is so remote, light pollution is virtually non-existent, and I saw the Milky Way (while eating Milky Ways and Snickers) for maybe the second time in my life. The following morning I hiked maybe six more miles back to where my car was parked. 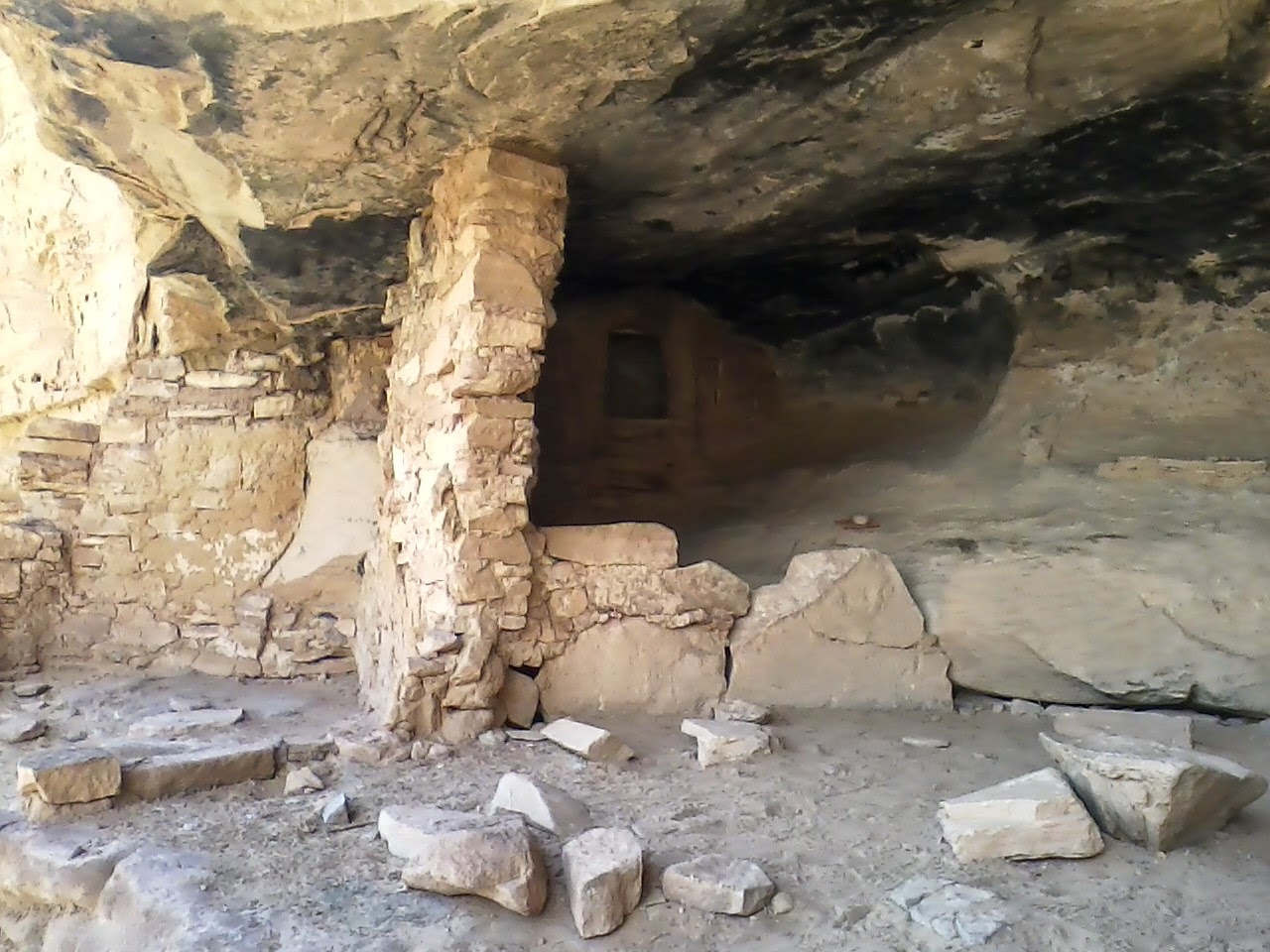 While this was a very leisurely trip for me, it served a great purpose. After the AT, I’d decided that I will never again haul that much crap on my back. This winter’s focus was on reducing my packweight as much as possible, and to that end, I chopped my baseweight (packweight excluding food and water) in half. I did so by reassessing how my various pieces of gear worked together as a system, eliminating stuff that I carry, but never really use, and making selective purchases to replace items that were simply too heavy. My Grand Gulch trip was the inaugural trail of my new system. I’m proud to say that the results are phenomenal. I’ve observed the following benefits:


In short, a more minimalist pack minimizes the parts of the hike that I don’t enjoy, and helps me maximize my enjoyment of the journey itself. And so, this was an enjoyable journey. 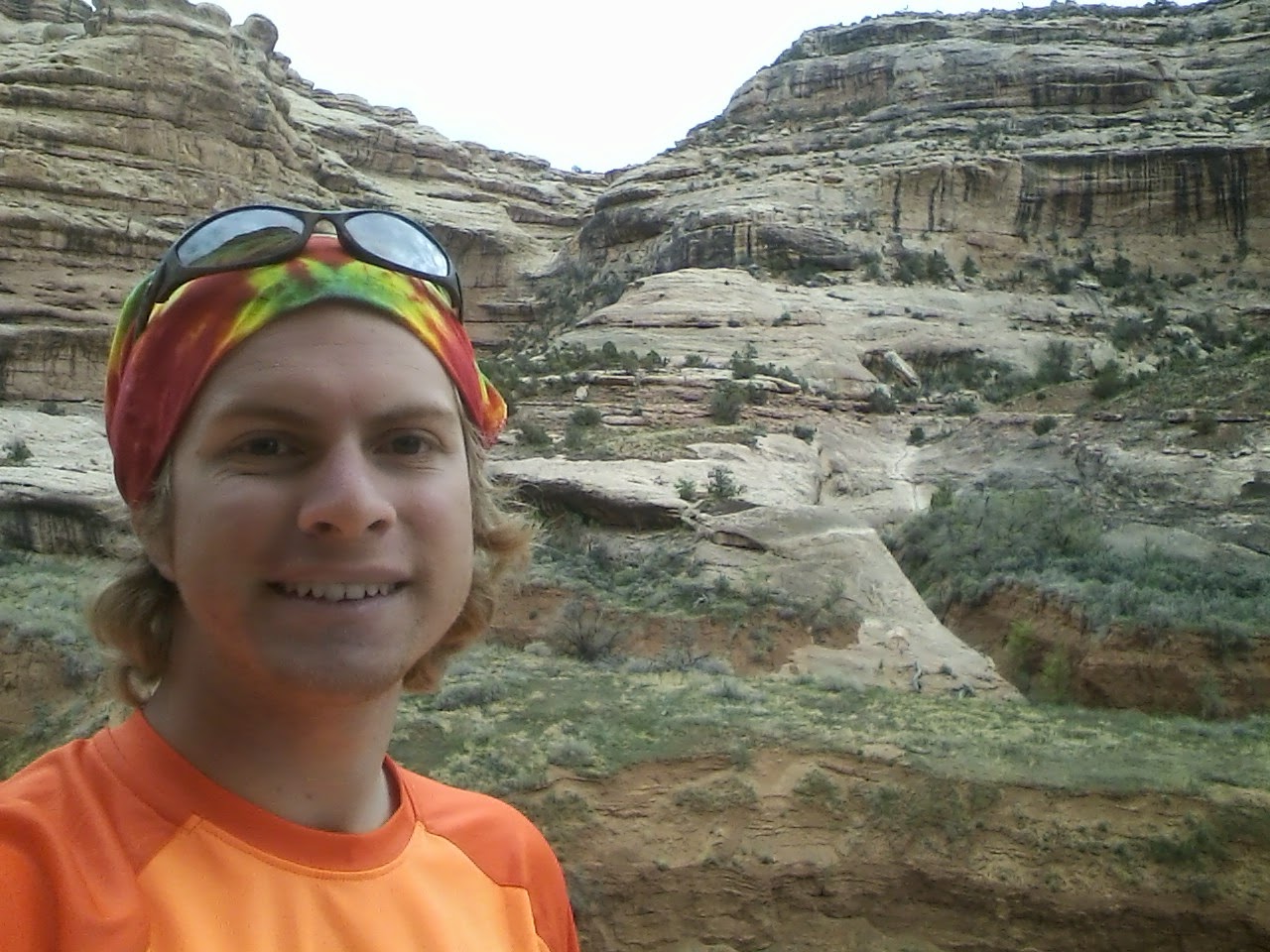 Apologies for the ugly mug, but those who are related to me demand such things. Yes, I know that this picture makes me look like I'm 13
Posted by LarryBoy at 5:37 PM