So Much for Summer!

When I was going into first grade, my family took a trip to Lake Powell. It was the first time I had been out west. I had my first glimpse of red rock country, expansive prairies, and the Rocky Mountains. I remember stopping in the Loveland Pass area in Colorado, just west of the Continental Divide. My sisters and I were amazed that we could play in the snow – in mid-June! Naturally, as kids do, we had a snowball fight. Summertime comes late in the high country. 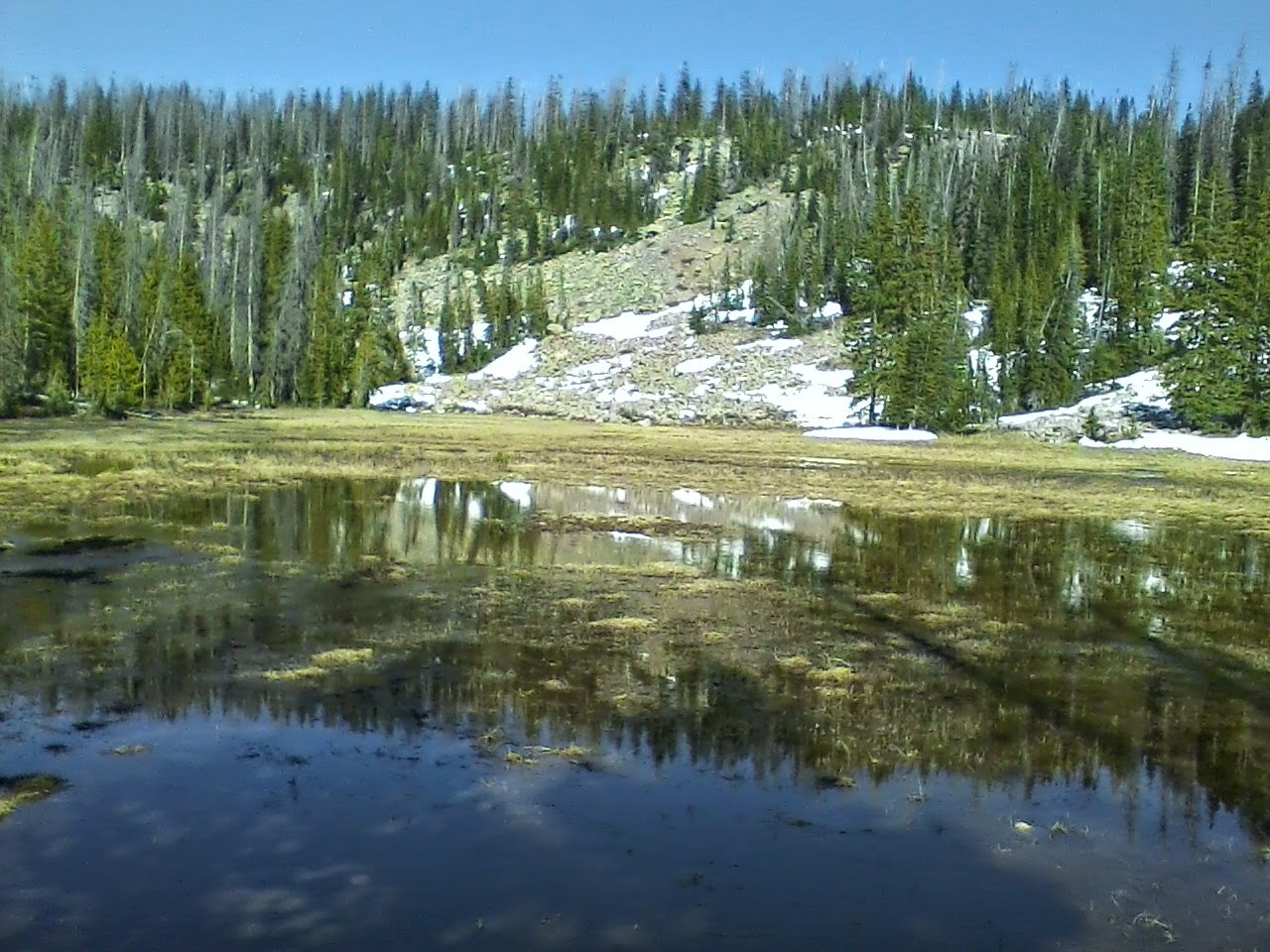 I headed out to the Uinta Mountains – the highest range in Utah, and home to the largest contiguous above-treeline area in the Lower 48. It is most definitely not summertime yet in the Uintas. The entire hike was above 10,000 feet, and about half of the trail was covered in several feet of snow. Where it wasn’t snowy, it was muddy from the spring runoff, which is in full swing.

I arrived at the trailhead on Friday evening, where two feet of snow on top of an unplowed parking lot greeted my arrival. That sight was enough to confirm what I had suspected – this was going to be a very snowy, very wet hike. I made my way a half mile up the trail and made camp the first night.

On Saturday morning, I awoke to clear blue skies and a deafening woodpecker hammering away on the tree that I slept under. The trail wound through coniferous forests for about 6 miles, past various lakes (there are more than 1000 of them in the High Uintas Wilderness) and alpine meadows. The higher I got, the less distinct the trail became. Above about 10,400 feet, the trail disappeared completely under the snow. Route-finding wasn’t particularly difficult; the bigger challenge was avoiding the soft, deep snow. By time I emerged above treeline, the warm sun had been beating down on the snowpack all day, eating away at the icy glaze I’d been walking on. Each step became a roll of the dice – whether I would posthole up to mid-thigh or not. Once I realized that the westward-facing snowpack was more consolidated, things got a bit easier. A couple miles later, I was on top of the world, at Rocky Sea Pass. 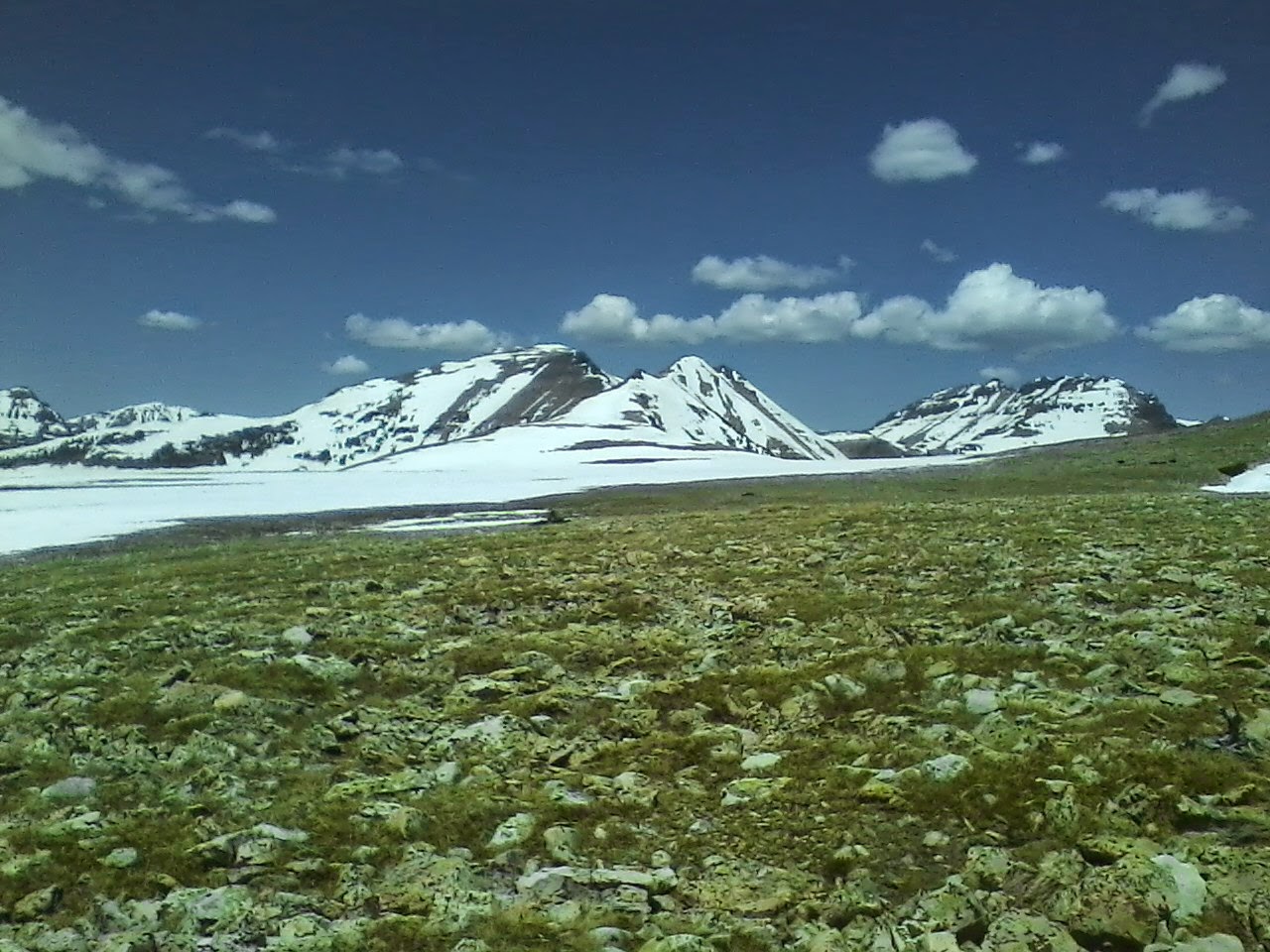 The original plan was to continue down the east side of the pass, into another basin. However I found out at the pass that the east side was (1) incredibly steep and (2) buried in several feet of snow. Going down the east side would have required some serious mountaineering skills to prevent an uncontrolled descent. Realizing that I had reached the end of the line, I lollygagged at the pass for a while. I climbed up an adjoining ridge for some great views. 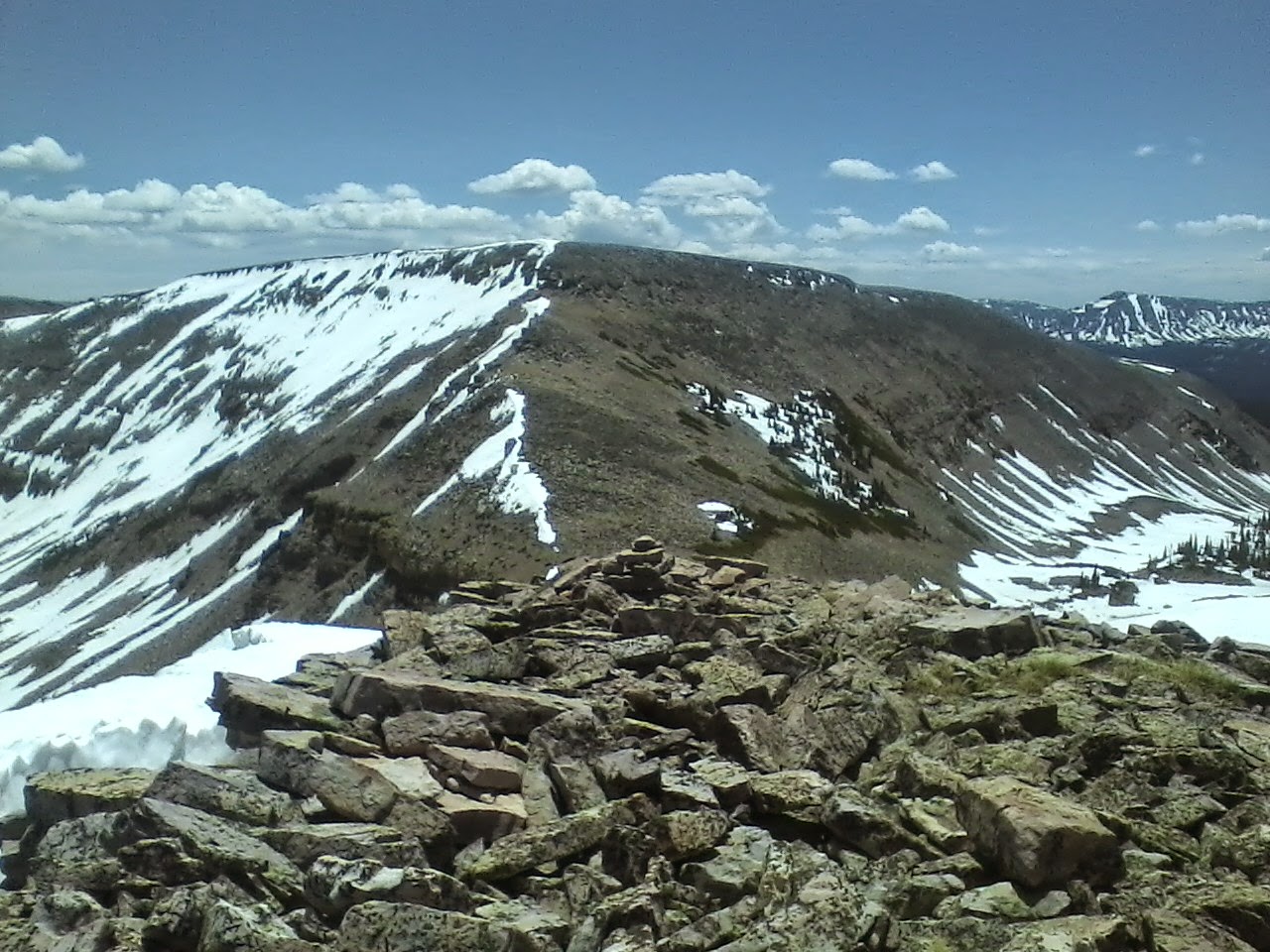 On the way back down from the pass, I had the opportunity to do some glissading, which is great fun. In case you don’t know what glissading is, it’s basically a fancy French word that means sledding without a sled. Sit down on a snow-covered slope some time, and you’ll find out quickly what that means! The key to glissading is knowing how to stop the glissade in a controlled manner – i.e. before you run into a large boulder! An ice axe and a trash bag to sit on did the job, and before no time I was back below treeline. By that time it was mid-afternoon, and the snow was becoming very wet and soft. I did a couple of slow miles and made camp right before I reached a large creek. In the morning, it was only about thigh-deep, but in the afternoon, with increased runoff, it had swelled and become impassible. Knowing that it’d be at its lowest early in the morning, I camped for the night. 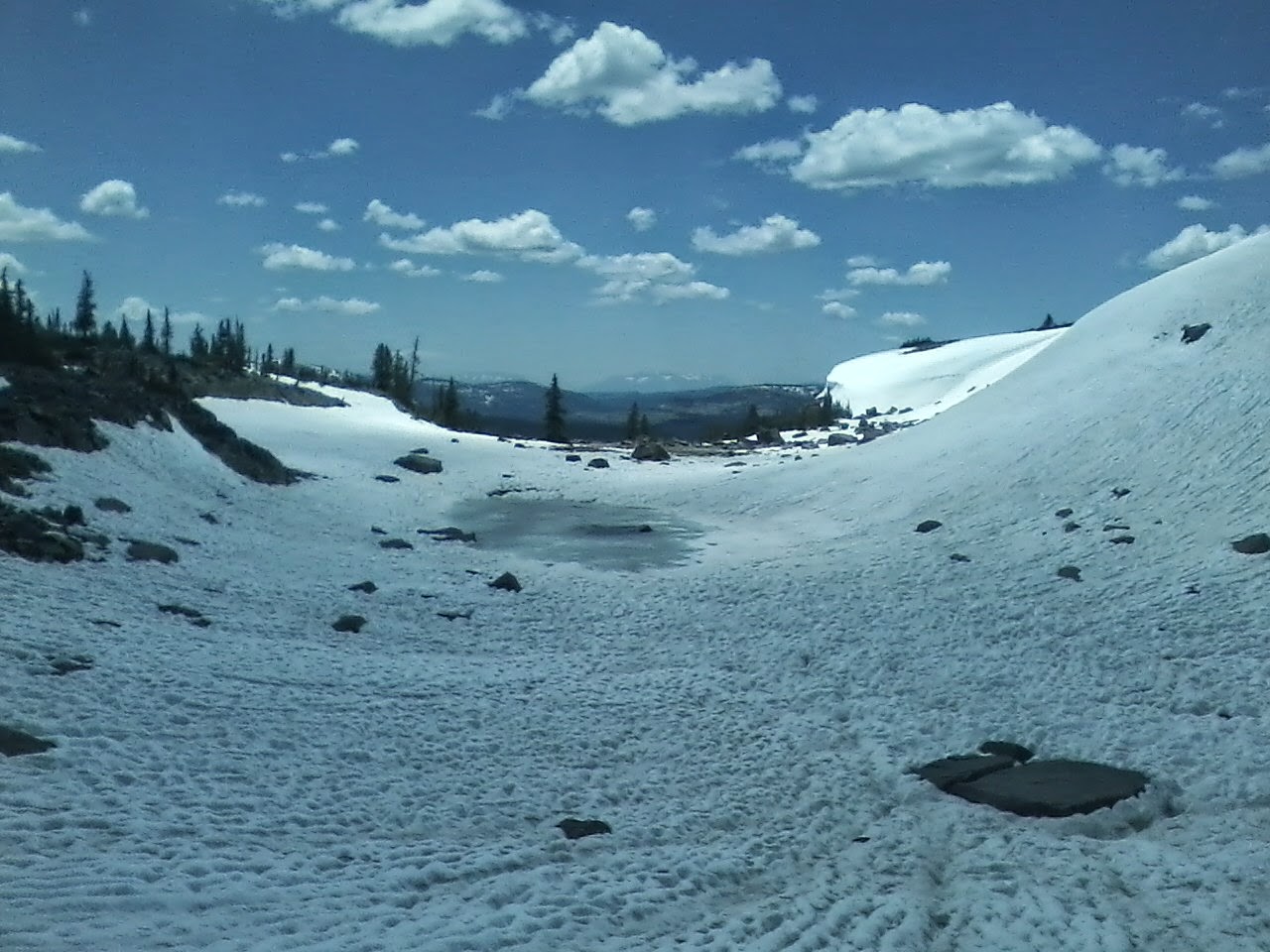 Sunday morning dawned overcast. It was rather difficult getting out of my nice warm sleeping bag and jamming my feet into frozen shoes (A.T 2013 anybody?). But the hardest part was the knowledge that as soon as I started hiking, I’d have to hike through a thigh-deep creek, with water not a single degree above freezing.

It was as miserable as expected. The cherry on top was the snow that started falling about the time I took my first step into the icy water. You can’t make these things up, people! The last few miles passed quickly, and I arrived at the trailhead around mid-morning.

Although the trip didn’t go as planned (sense a theme recently?), backpacking the Uintas in the extremely early season was enjoyable. The snow-covered mountains were beautiful, and there was complete solitude – I was almost assuredly the first person to venture onto the trail for the season. I hope to be back in about a month, as the route I took forms the westernmost section of the Uinta Highline Trail. Stay tuned! 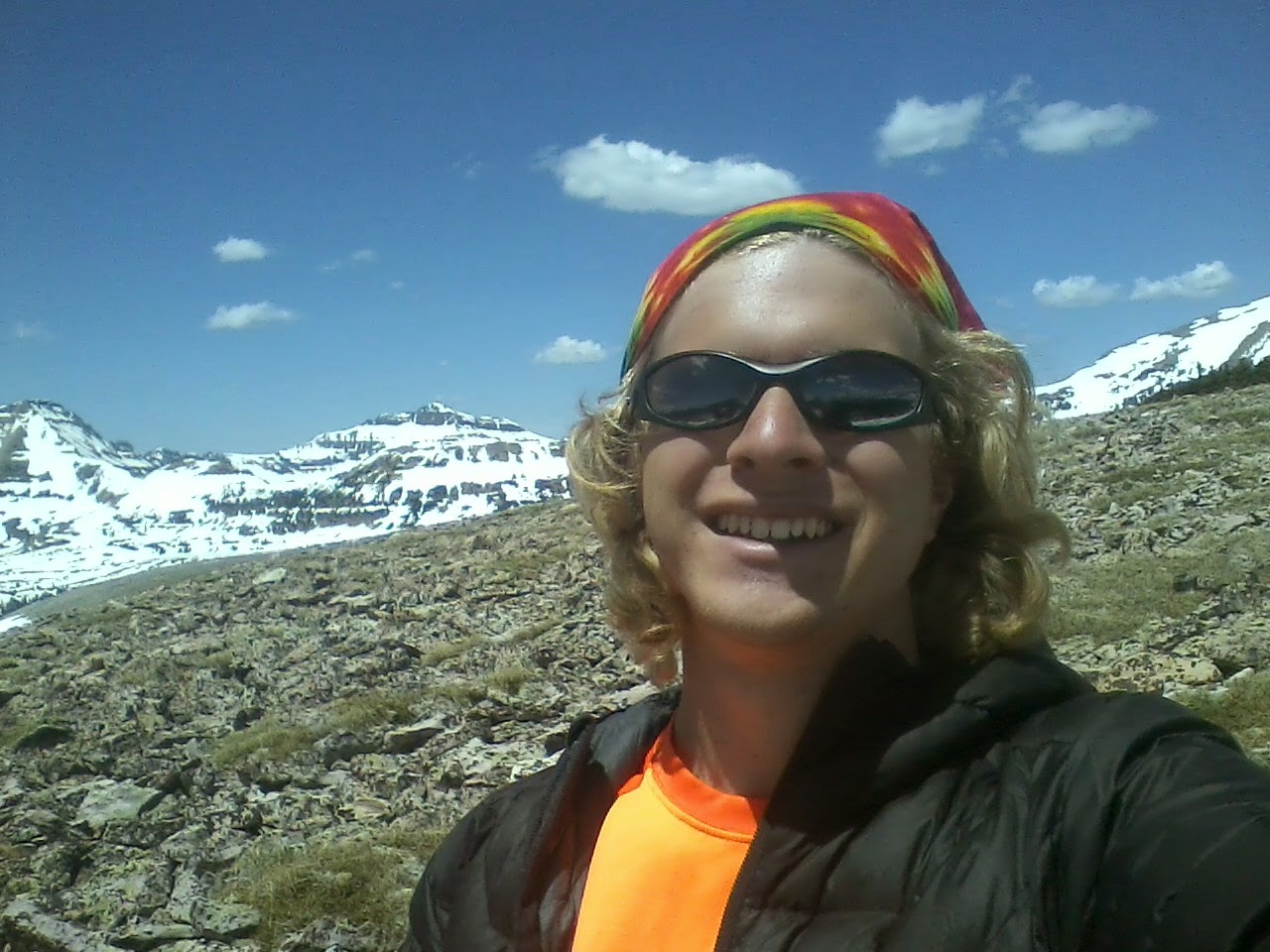 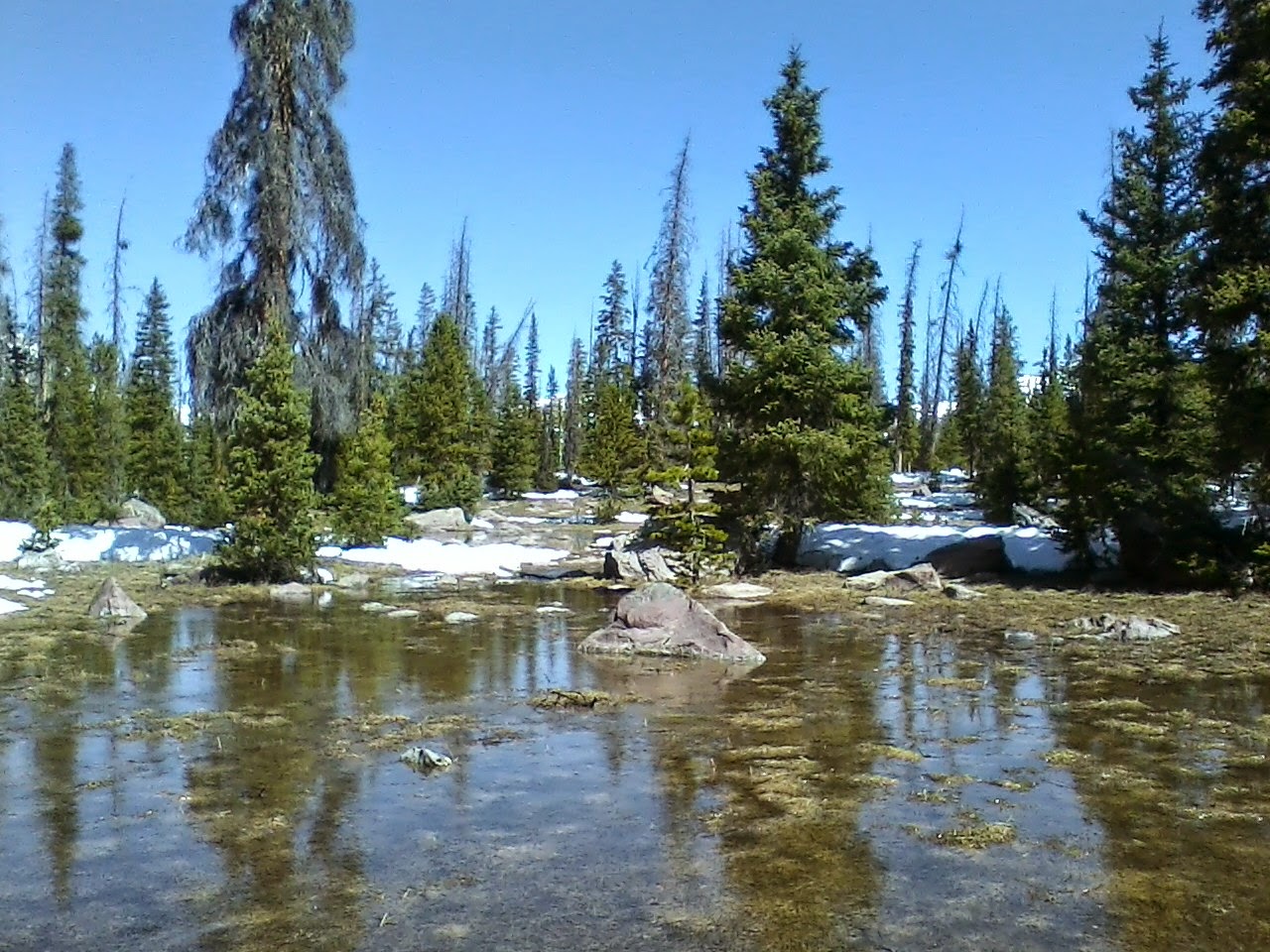 Sorry, no Utterly Impractical Hiking Item of the week. As mentioned, I did not see anyone, nor even see any footprints. But keeping in the spirit of the award, I do have to point out a rather colossal blunder on my part. We’ll call it the Dumb Decision of the Week:

It turns out that sunscreen is not an infinite quantity. I’d been nursing this travel-sized tube of sunscreen for more than a year now. Every time I went hiking, it seemed mostly empty, but there was always plenty, and I was never concerned about it. Until this time. The Widow’s Oil finally dried up. I stopped at treeline on Saturday to apply sunscreen, but when I squeezed the tube, nothing came out. Oh well, I’ve been through this before. Bang it on a rock and try again, right?

Uh oh. If there’s one place you don’t want to be without sunscreen, it’s above treeline on a snowcovered landscape. I cut the bottle open with my knife and scraped all the half-congealed goop out. I applied it to the most sensitive areas (my nose, the tops of my knees), and that was it. In related news, while it might sound good in theory, scraping icy snowcrust against your legs as you post-hole is not an effective technique for alleviating the pains of sunburn.