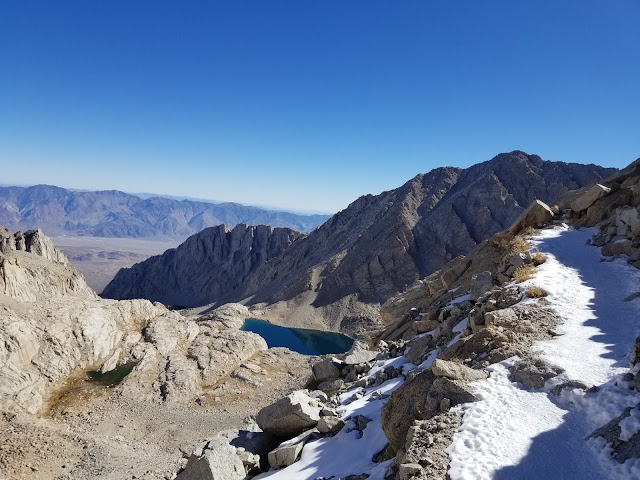 As I neared the end of my CDT hike, I started to get the question. Friends, family members, and fellow hikers inquired,. They were curious. I've now completed two of the three legs of long-distance hiking's rarefied "Triple Crown". The Appalachian Trail and the Continental Divide Trail are done. The Pacific Crest Trail is next, right?

If you read this blog carefully (hi Mom!), you'll recognize the preceding paragraphs as coming from my 2019 look-ahead - in which I pulled a bait-and-switch and concluded that no, I wasn't doing the PCT but instead the Route In Between. In fact, I've teased the PCT a couple times on this blog, and as of yet, haven't actually done it.

It's time for that to change. This year, I'm doing the PCT. The idea of the Triple Crown isn't a major motivator for me personally, but the PCT looks beautiful and wonderful. It passes through environments I've never been to or haven't explored in detail. And it represents a fitting coda to this chapter of my life as full-time adventurer. Beyond just the PCT though, I intend on doing a long-distance hike in each of the four time zones in the contiguous United States - Eastern, Central, Mountain, and Pacific.

The Florida Trail is 1100 miles long and runs nearly the length of Florida. It begins just north of the Everglades and terminates near Pensacola. I'll admit upfront that the FT is probably the hike I'm least excited about this year. And it's the one I'm most nervous about, because of my entirely irrational fear of crocodiliforms. And that's good. A big part of the reason I'm doing the Florida Trail is because it gets me out of my comfort zone - the arid west, with its deserts and mountains and elevation change and deep wilderness. The Florida Trail is not that. It's swampy in parts, sees abundant precipitation, often urban, and has alligators! Give me grizzly bears over gators any day. Are they actually a significant danger? Of course not. Are they big and scary in my mind? You bet.

Speaking more positively though, I expect to spend time in subtropical environments that are new to me. I'm eager to see different kinds of vegetation and yes, even an alligator or two. Combine that with some beach miles (a particular favorite of mine), and I anticipate a trail that's a change of pace, but rewarding nonetheless. Will that be the case? Only one way to find out.

I intended on doing the Ouachita Trail in 2019, but simply ran out of time. The Ouachita Mountains (pronounced WASH-i-tah) parallel the Ozarks to the south, running east-west for a couple hundred miles in eastern Oklahoma and western Arkansas. It follows long ridgelines for most of its length (220 miles).

I'm eager to compare the OT with the Ozark Highlands Trail that I hiked in 2019. Research leads me to believe that the OT is probably a "better" trail, with more views, better trail tread, and infrastructure along the way (e.g. AT-style shelters). Shelters are an absolute godsend when the weather turns bad. There's no guarantee that the weather will be bad, but given my previous experiences hiking Arkansas in March, to expect otherwise at this point would be the height of folly.

The Grand Enchantment Trail runs 800 miles from Phoenix, AZ to Albuquerque, NM. Along the way it passes through low desert, riparian, and alpine ecosystems. The GET is another hiking "route", rather than a trail. Like the Hayduke Trail, Lowest to Highest Route, or the Route In Between, it doesn't exist except in the minds of the hikers who walk it. The GET crosses deserts and passes through wonderful riparian areas. It crosses a dozen mountain ranges over its length. The GET also links two trails that I've done previously, the Arizona Trail and the Continental Divide Trail. The GET is a natural capstone to my long-distance hiking in the Southwest, and represents for me a completion of a sort of "desert triple crown" - the Arizona Trail, Hayduke Trail, and Grand Enchantment. 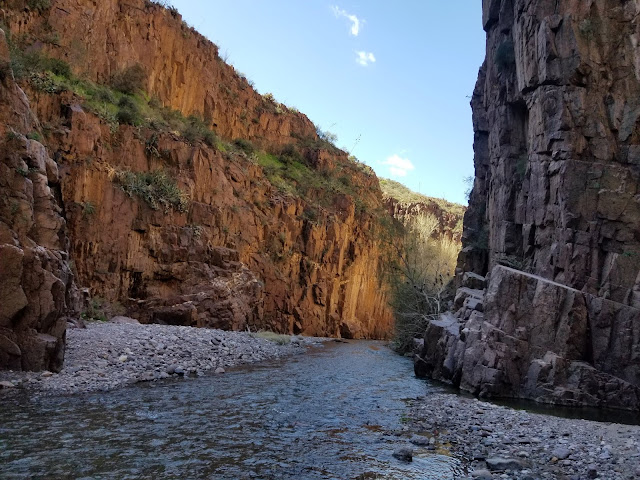 I've met a lot of long-distance hikers over the years. They're highly accomplished folks, often with at least enough miles under their belts to circle half the globe. Everyone has their story. Everyone has a unique set of experiences. Some of them have walked the Camino de Santiago - a mixture of religious pilgrimage and roll-through-town party train. Others have braved the jungles of New Zealand and trod down muddy trails, walking the country from north to south on the Te Araroa. Others wander oft-hostile desert environs remote canyons. But whatever their other experiences, one common thread ties many of these accomplished individuals together: when they speak about their experiences on the 2600-mile Pacific Crest Trail, they get all starry-eyed. 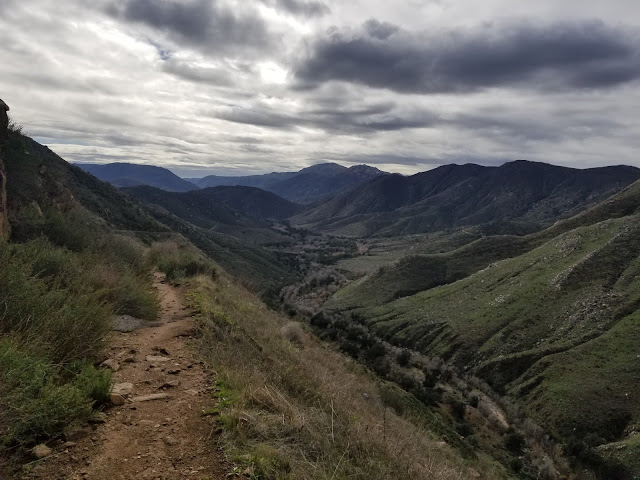 The PCT is unique among long-distance hiking trails. I can't think of a single other trail that everybody loves. Plenty of people didn't enjoy the green tunnel of the Appalachian Trail. Plenty of people grew tired of dull roadwalks and cow poop water on the Continental Divide Trail. And a few crazy souls just didn't appreciate the arid environment of the Arizona Trail. But I've never met a single person - not one - who didn't love the PCT. A friend once commented that of the major long-distance trails, the PCT is the only one he's hiked twice - and it's the only one he'd consider hiking thrice. That alone speaks volumes. Despite different motivations, experience levels, physical capabilities, and preferred aesthetics, everybody loves the PCT - even the crusty old-timers who don't find much joy in anything anymore. How is that possible?

I obviously don't have a good answer to that question, because I haven't hiked the PCT. But I want to know. I want to be in on the joke that everyone else keeps laughing at. More than that though, I want to see what I haven't yet seen. I want to experience the Cascades for the first time, and to finally, at long last, do justice to the Sierra Nevada. I want to hike past volcanoes and across jagged ridgelines. I want to enjoy well-built, modern trail. I want to hike the Pacific Crest Trail. So in 2020, I'm doing it.

I intend on hiking it southbound, from the Canadian border to the Mexican border. And while it's arguably a little more challenging than a traditional northbound hike, it promises to be far less crowded, and allows me to have my other "time zone" adventures before starting the PCT.

There you have it. Four time zones, four long hikes, in a multitude of different environments. I'm excited about this upcoming year. At the end of the year, I anticipate a return to a more conventional lifestyle. Between now and then? It's adventure time. 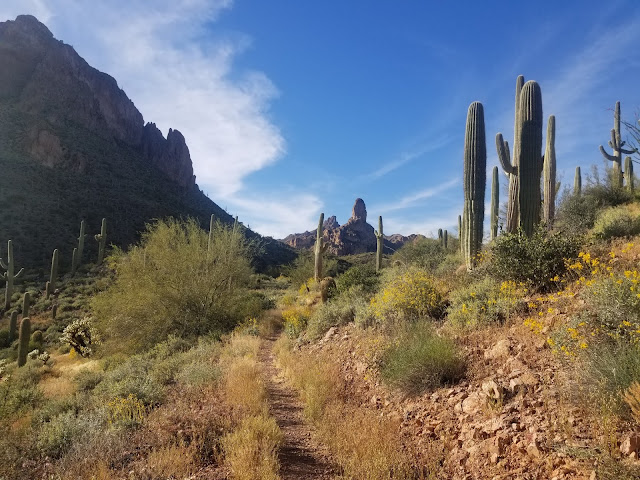