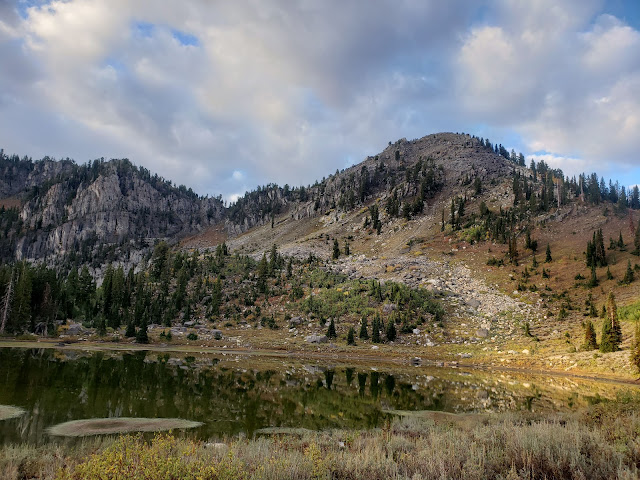 The trail was a half mile long, four feet wide, and punctuated by wooden benches every few hundred yards. It'd be a stretch to call it true "wilderness". Yet the path slithered past a few grassy ponds on its way to a deep, clear alpine lake, nestled in a north-facing cirque. I could hardly complain about that!

I hiked/limped my way down the trail, stopping periodically to rest on those conveniently-placed benches. Families, teenage cliques, and the occasional retired couple breezed past. I didn't care. I was just happy to be out with a pack on my back for the first time since breaking my foot.

Thankfully, most folks were going the other way, back to their cars as the shadows lengthened. There were still a number of groups at the lake, most of them headed for the 40-foot rope swing attached to a stately tree overhanging the water. It looked like a blast, but such shenanigans were out of the question in my current condition. Instead, I headed for the opposite side of the lake, finding a level patch of short grass to pitch my tent on. The rope swingers' excited shrieks filtered across the water, even as the sun finally took leave behind the rocky cliffs that ensconced the lake. 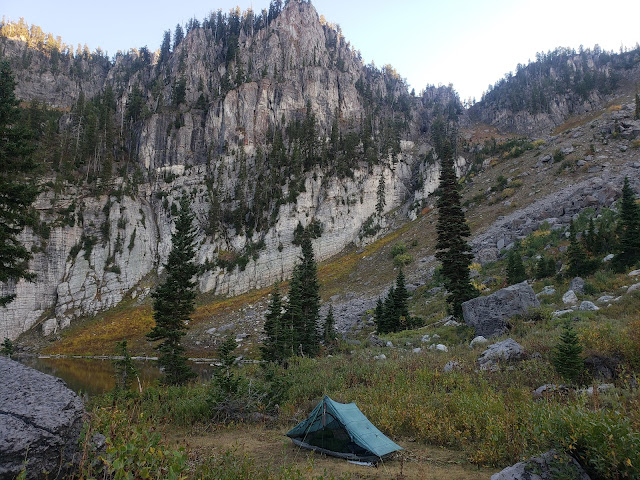 After setting up my shelter, it was time for dinner. Carrying a stove is out of the norm for me, but on a trip like this, it was worth the weight and the fuss to prepare a nice meal and enjoy the camping. Except for one thing - I forgot my cookpot. Darn. I guess that's what happens when you've been out of the backpacking swing for six months. 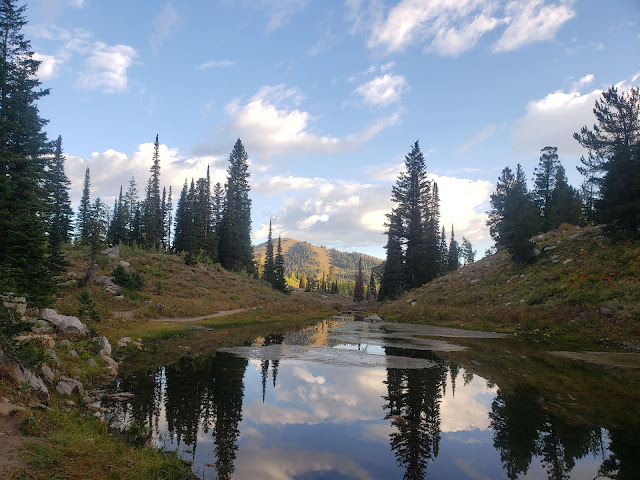 Yet, even as I was shaking off the rust, certain elements seemed so familiar. The slightly sweet musk of pine sap. The way the world quiets down as evening falls. The muting of color, as the brash hues of afternoon gives way to the soft sepia of dusk. As it got dark, I sipped a brew I'd squirreled away in my backpack, and finally went to bed. It was good to be home.

In a way, this trip brought me back to my roots. I've been backpacking for the better part of a decade now. After a while, the memories of those first trips fade. Sure, you remember how you brought nothing but nuts and chocolate chips for a three-day trip, clad yourself in cotton, or saw your buddy lose his shoes down a raging river. But it's much harder to recapture the general discomfort/nervousness/fear of spending those first days and nights outside. But now, where every step was a battle, and I couldn't stride carefree into the backcountry like normal, I remembered what it was like to be a newbie in this hobby.

There are a lot of people in my boat right now. One fascinating subplot of the Covid-19 pandemic has been its effect on outdoor places. Because people rightly perceive outdoor activities to be less risky (at least as far as the virus is concerned) than indoor activities, visitation to many of our public lands has skyrocketed. A new, vaguely handwringy article on the subject is published seemingly every five seconds. And yes, there are real consequences to the overcrowding of outdoor spaces - it can impact visitor experience, quality of life for locals, habitat for wildlife, and the land itself.

But there's one thing I think that narrative is missing. There is a whole generation of people right now who are in their first or second season of outdoor adventuring. They didn't necessarily intend to get into the outdoors, but then the pandemic happened and forced their hand. And now, they're glad they were introduced to it. Because even though they had to wait two hours for the chains at Angels Landing, they did it, goshdarnit! And in so doing, they realized that their body was good for more than simply carrying their brain around. And they discovered they loved those outdoor places.

To those enthusiastic beginners, welcome! 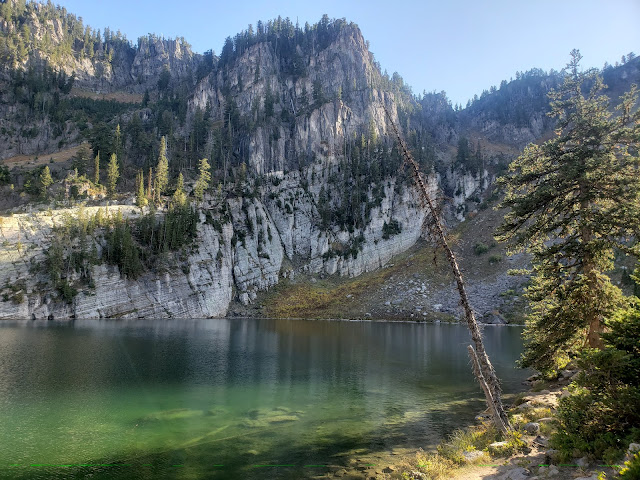