And they say there's no God... 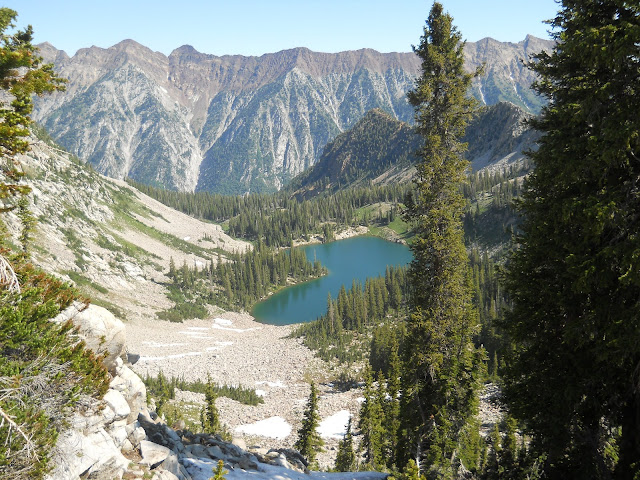 Today's climb was one of the most ridiculously named peaks in the Wasatch: The Pfeifferhorn. I wish there was a fun story about why it's named that, but it's just because some Mr. Pfeiffer, many years ago, liked to climb a mountain that vaguely resembled the Matterhorn. It's also the biggest mountain I've climbed to date; it weighs in at 11,300 feet, give or take a few.


Speaking of giving a few, I finally brought enough water, thanks to my Dad, who mailed me an extra Camelback that he wasn't using. Of course, I managed to screw that up, as I didn't really need 4+ liters of water. Instead, I ended up toting 10 pounds of water all over the mountain for 7 hours. I needed way less than I thought because I got up early (thanks to the old people who live next door and blare their TV with the windows open at 6:30AM) and was on the mountain before 8:00. On the way up, I was shaded for the first half of the hike. The temperatures were very pleasant; I got just a tad chilly at the summit, which we reached around noon. 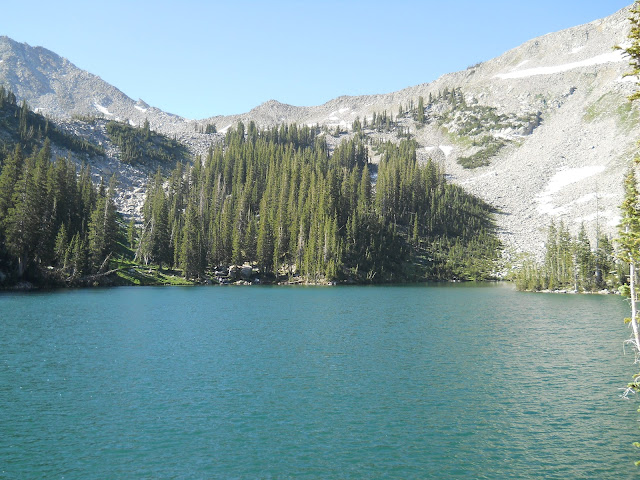 We? Yes, we. I started by myself and hiked three miles before reaching Red Pine Lake (which is in itself a spectacle). There I ran into a group of BYU students and we climbed from there to the top together. Their company was very pleasant and, just as importantly, they drank part of the reservoir I was lugging around.


Before Red Pine Lake, the climb was fairly easy. Apparently the older guy who blew past me thought so too; I've never seen anyone on the far side of 60 hike THAT FAST. Grandpa Start, you'd would be proud. Once I got to Red Pine Lake however, it very quickly got difficult. First was a massive boulder field with a steep grade. After leveling out for a bit (although still across boulders), the trail went up a steep slope with subpar footing up to a ridge. The views from the ridge are fantastic. The ridge very quickly turns into an extremely rugged, exposed knife's edge. Afterwards, the final climb up to the summit is at about a 60 degree angle for around 500 vertical feet. By that time, the altitude was really getting to me, so my progress was not exactly rapid. 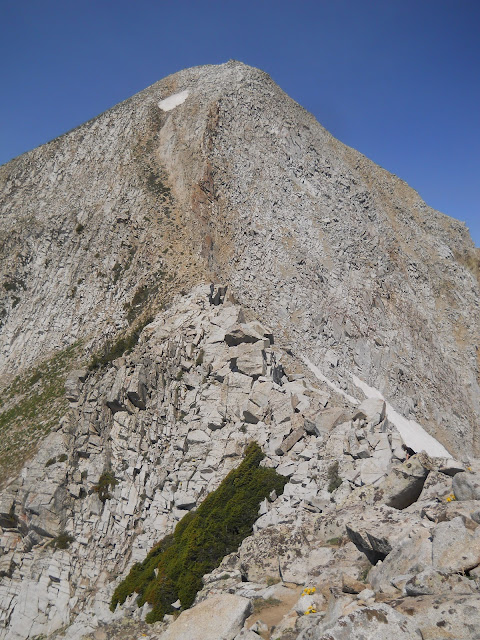 This brings me to the Utterly Impractical Hiking Item Of The Week: a peanut butter and jelly sandwich made between two halves a baguette. Sounds delicious, until you consider that the thing had turned into a gooey, runny mess inside this guy's black backpack. As he was eating it, more red and brown slime was falling out of the sandwich onto his lap than was making it into his mouth. I tried to surreptitiously snap a picture of the debacle, but shot without looking at the camera (or him) and completely by accident got this beautiful photo: 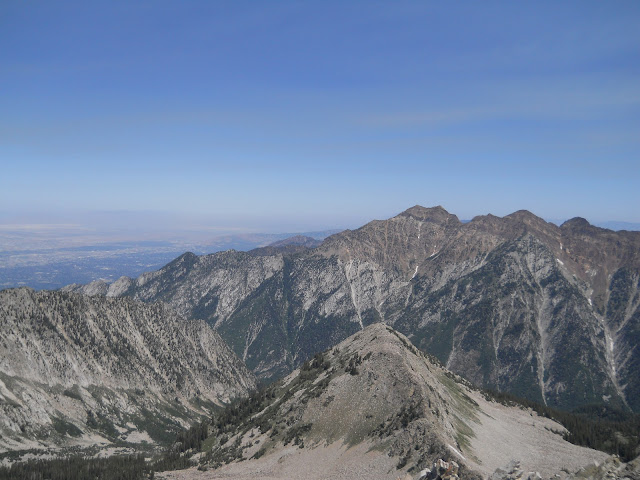 The lakes from above: 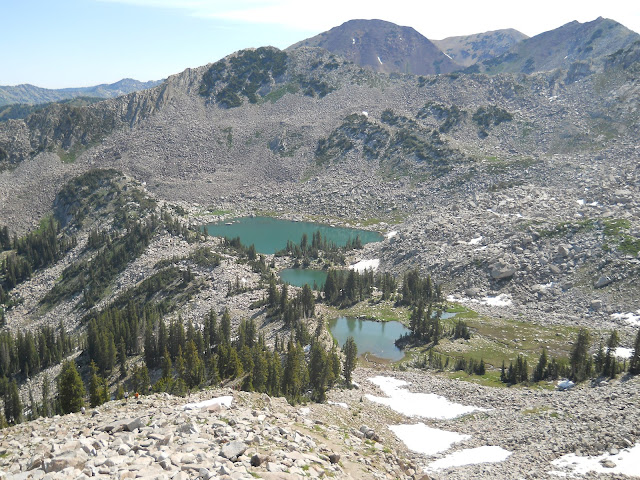 We made snow angels! 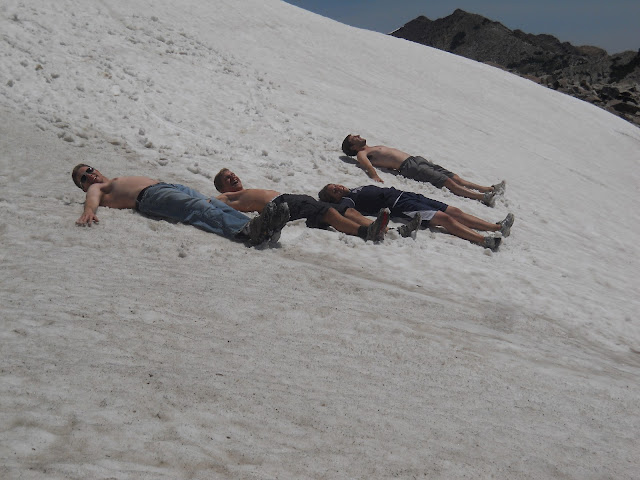