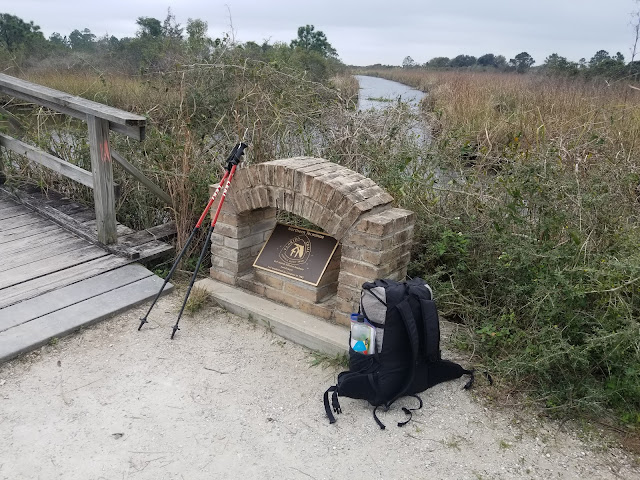 Since last we spoke, I walked through all three of Florida's National Forests. I hiked next to some incredibly beautiful rivers, through a National Wildlife Refuge, a US Air Force base, and a National Seashore. Oh yeah, and I finished the trail.

I must therefore offer a half-hearted apology for my inevitable dearth of updates recently. I wrote my first post after 100 miles, the second after 400, and this final one after 1100. Unlike my slow-and-steady approach to actual hiking, my approach to blogging is far more sporadic. Sorry-not-sorry. 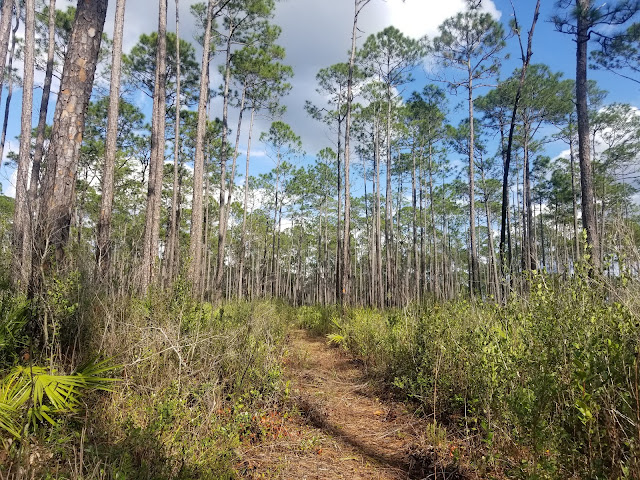 Anyway, let's get right to the point:

National Disappointments: I had high hopes for Florida's three National Forests, but was let down a bit. Ocala National Forest was alright, but became monotonous. It didn't have the variety of vegetation that I had come to expect from the FT. Part of this was my fault - I skipped the side trails to a couple of gigantic sinkhole-like "springs" that are supposedly amazing. It was pouring rain when I went through and it just didn't seem like I'd appreciate them, given the circumstances.

Osceola National Forest was nice enough, but so small as to be barely noticeable. I hiked all the way through it in a day.

Apalachicola National Forest was another slog in the pouring rain. The trail routing through this section was completely ridiculous, as the map said things like "leave forest road to descend into swamp". Uh, no thank you. That sounds fine when it's 75 and sunny, less fine when it's 40 and raining sideways. 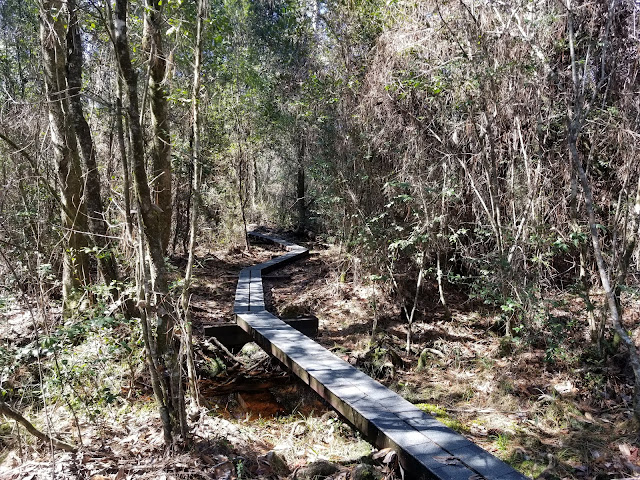 The Revenge of North Florida: As I left the peninsula of Florida behind and turned west into the Panhandle, the weather really took a turn for the worse. The southeast US has been getting hammered by rain this winter, and while the worst of it has stayed a bit north, we've gotten more than our fair share. For most of the second half of the hike, it rained for two days, then cleared up and got cold for two days (lows near freezing), got nice for one day, and then the whole cycle repeated. I had frost on my tent on a few mornings, and the tent hasn't dried off once since I hit the halfway mark. Aside from one round of severe storms, it's not been truly nasty most of the time, but just a low-grade "yuck" that always forces you to keep an eye on the forecast.

Oh, of course I slept in a bathroom on one occasion to get out of the rain. 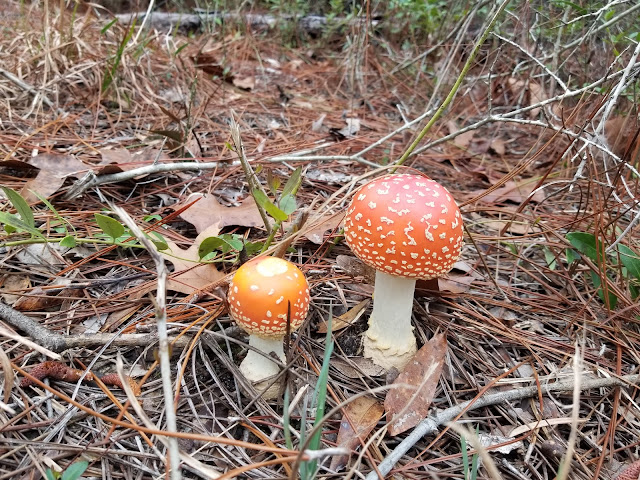 True Delights: Weather aside, the second half of the trail really did pass through some wonderful places. While the National Forests mostly disappointed, I absolutely loved most of the other parts. The walks along the Suwanee and Aucilla rivers stand out in particular. I walked high on bluffs overlooking the river, with oak and palmetto lining the shores. The rivers themselves cut through the limestone that undergirds the entire state, and in the case of the Aucilla, the whole river disappears underground into a sinkhole at one point. Where it ended, there was the usual patina of algae and driftwood circling the drain, along with a few old couch cushions and assorted garbage. Eerie, but neat!

Eglin Air Force Base was paradoxically one of the most wild and wonderful places on the entire trail. Here, the forests are full of mature trees with a beautiful thinned-out understory. The trail crosses a number of creeks on beautifully-constructed footbridges, many of them covered in roofing shingles to keep you from slipping on algae-covered boards. Aside from the occasional thunder of a bomb going off (yes, really!), you'd never know you were on a military reservation.

I also hiked through a couple of private natural preserves, which were magnificent. 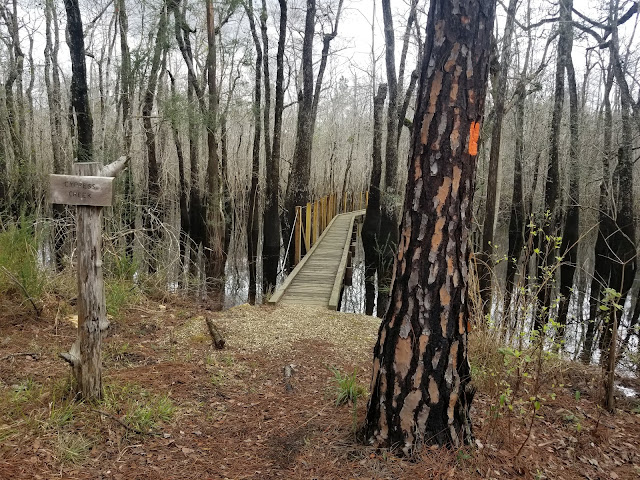 Beyond the Headlines: Remember when Hurricane Michael turned into a Category 5 storm and pummeled the Gulf coast in 2018? Well, it turns out that while the news cycle lasts a week or two, the actual devastation takes months or years to clean up. I hiked through a formerly gorgeous creek gorge that was almost completely leveled by the storm. At least three quarters of the trees were snapped off about half way up their trunks. There was one section where Florida Trail Association volunteers had cut thousands of trees - literally thousands in order to re-open the trail.

But beyond just the trail, the communities in the area are still cleaning up. Many homes are completely destroyed, and many others are sporting blue tarps on the roof. Some businesses that formerly served hikers are permanently closed, destroyed beyond repair by the storm. It will be years before these communities are rebuilt, and even then, they'll be forever changed by the storm. 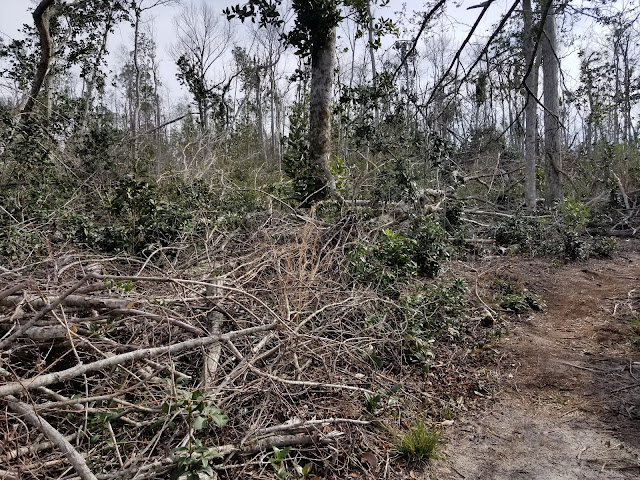 True Generosity: Unusually for me, I stayed with a few trail angels in the last couple hundred miles of my journey. This was certainly unexpected, but they were so genuine, and so eager to help, that I took them up on their offers. I'm glad I did!

I think the Florida Trail right now is in a sort of "golden age" of trail angeling. There's a good community associated with the trail, but it's not (yet) so busy that these folks get overrun with requests. It was a true honor to stay with these folks, who are working tirelessly to promote the Florida trail and showing great hospitality. What a blessing!

An Anti-climatic Finish: The trail finishes at Fort Pickens, a Civil War-era Army installation on a barrier island in the Gulf of Mexico. I strode toward the classy Florida Trail monument, which for some reason is 0.2 miles south of the actual end of the trail. I kept an eye out for the monument, but somehow missed it as there were a group of people standing in front of it. I arrived at the northern terminus, stopped, looked around, and had to backtrack to find the monument! It's by far the least impressive and dramatic finish I've ever had to a long hike, but really drove home the point - I loved this trail because I love hiking.

No drama. No story line of Overcoming My Fears And Finding Myself On The Yadda-Yadda Trail. I just like to spend time in beautiful places. And that's why I loved the Florida Trail. 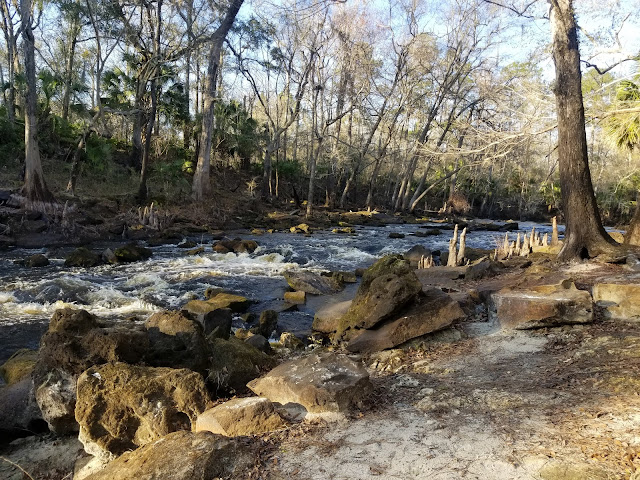 What's Next: Hopefully a "quick tips" post about the Florida Trail to address some of the gaps in the existing corpus of FT knowledge. Then it's off to Arkansas to start my Central "time zone" hike: the Ouachita Trail. 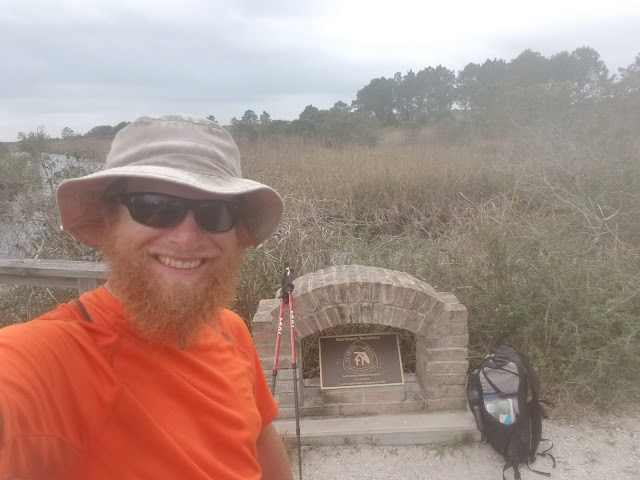