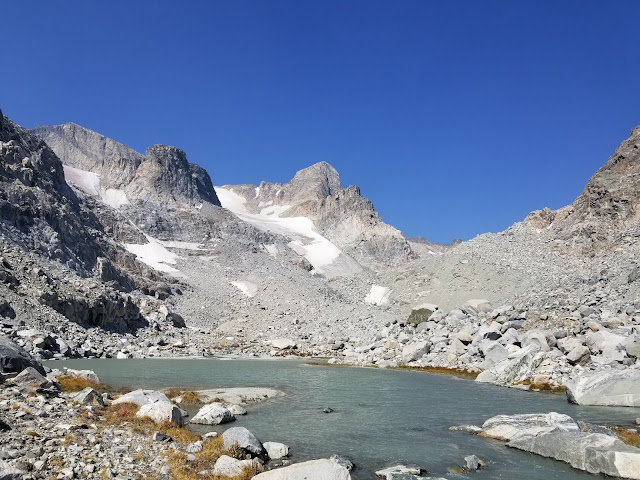 Well, that was a trainwreck.Strictly speaking, 2020 wasn't "the worst year ever", or even "unprecedented". Such proclamations are most-often voiced by pundits with a poor grasp of history and a flair for the overly dramatic. There's no denying this was a miserable year, but it probably doesn't stack up to 541 (devastating famine across Europe and Asia after an Icelandic volcano threw a bunch of ash into the atmosphere; the Plague of Justinian) any of the years in the late 1340s (a third of Europe and a quarter of Asia killed by the Plague, Version 2.0), 1918 (a way deadlier pandemic, plus a brutal World War), or 1945 (wrap-up to the deadliest war in history and the deadliest genocide in history, the US nuking Japan, and the beginning of the Cold War)

In January, just after New Years, my good pal Blue Moon dropped me off at the the southern terminus of the Florida Trail. South Florida featured a full-blown swamp walk, beautiful oak and palm hammocks, and the occasional death-defying roadwalk. 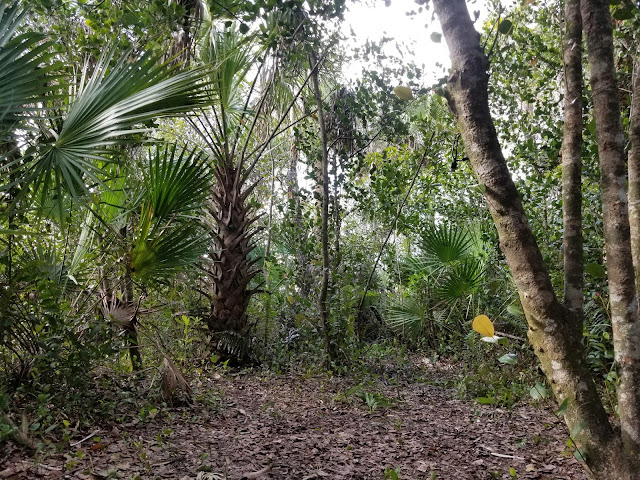 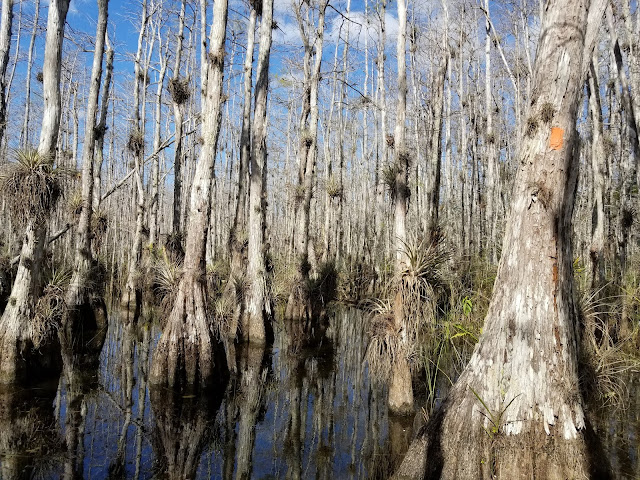 Around the beginning of February, I reached north Florida and took a left turn, now heading west toward Pensacola. Highlights included the incredible Suwanee and Aucilla rivers. The weather took a turn for the worse, with regular drenching rainstorms rolling through every three days or so. 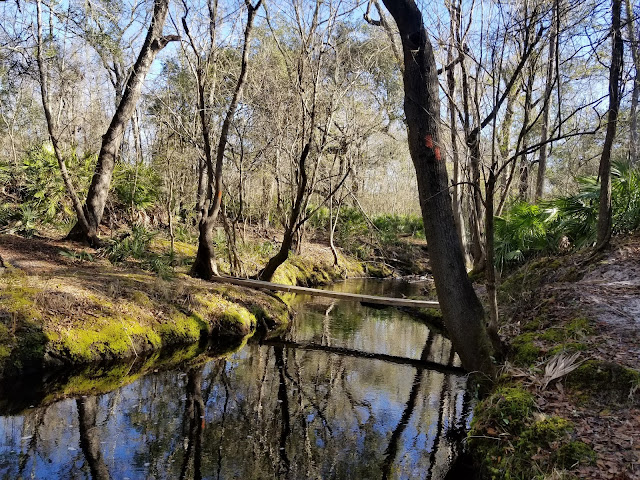 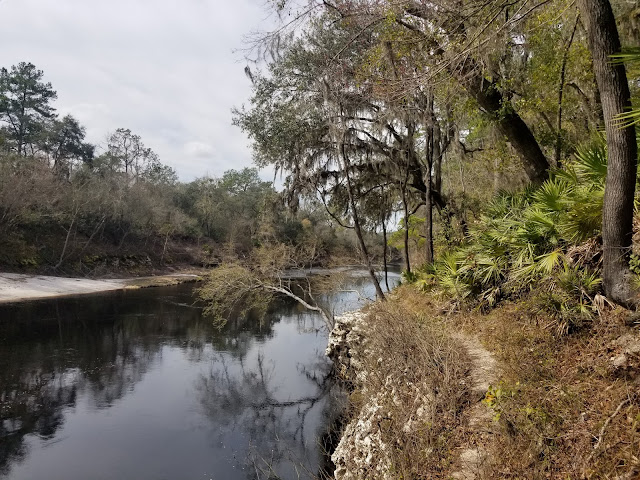 I finished up the Florida Trail during the first few days of March, ending with a beautiful walk along the beach to a historic US Army fort on the Gulf of Mexico. 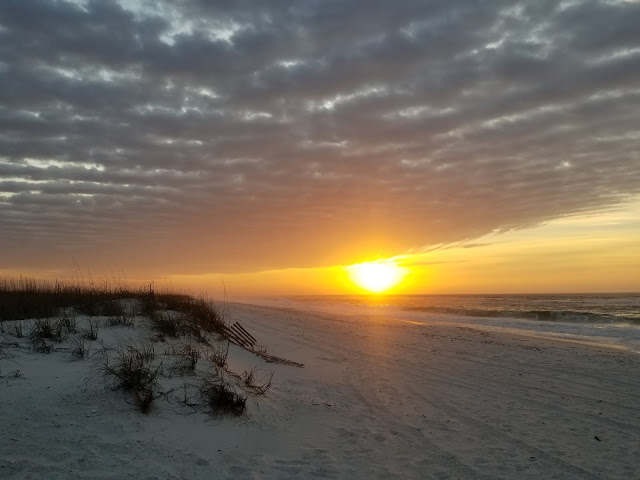 After finishing the Florida Trail, I got on a plane and headed to Arkansas to hike the Ouachita Trail. There was a minor buzz going on - an emerging virus was apparently making its way from China to the rest of the world, and some experts were saying that it was a concern.

A week later, when I emerged from the woods in Mena, AR, the world had gone crazy. Hand sanitizer and toilet paper were nowhere to be found. Most states still had single-digit case counts, but it was clear that this coronavirus was going to be a bit of a problem. I hurriedly jumped on a train to Phoenix, to start the Grand Enchantment Trail. I figured being in the woods was for the best right now. 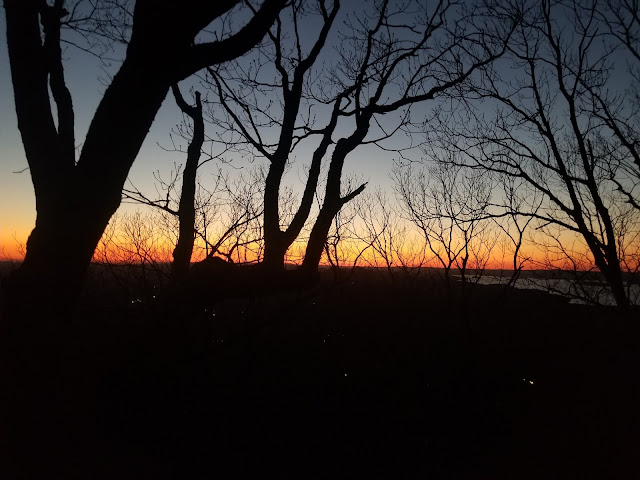 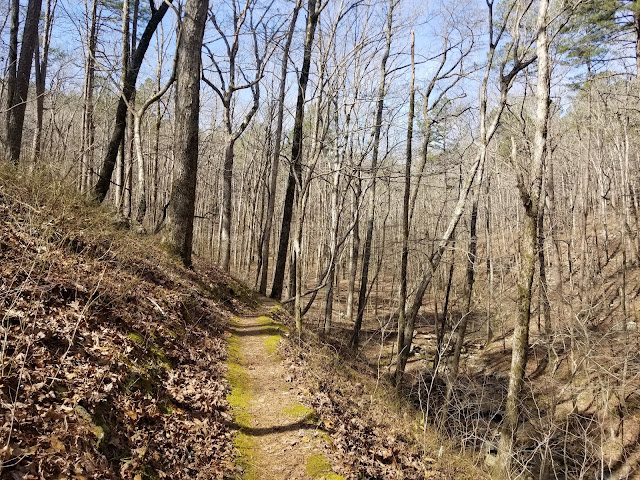 Things were changing fast. After just four days on the GET, I realized that continuing a long-distance hike was not a good idea right now - hitchhiking, passing through rural, vulnerable communities, and arranging transportation before/after a hike just wasn't responsible. Before things got any worse, I hopped on a plane and headed back to Michigan, where I could stay for a while. 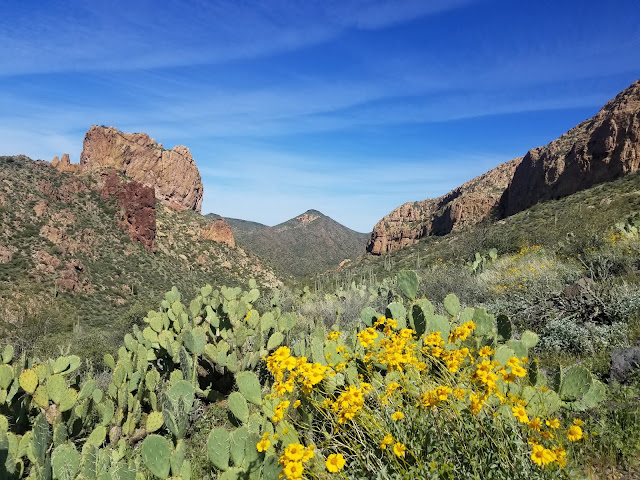 In April, I took a quick hike on the North Country Trail in Michigan's Manistee National Forest, not too far from home. 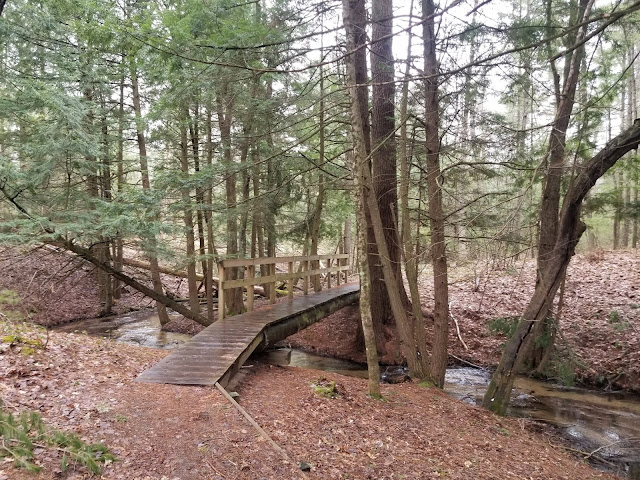 In late May, I came to grips with the fact that my planned PCT hike wasn't going to happen. Covid-19 wasn't going away any time soon. Rather than rotting indoors however, I planned a long-distance hike that would be Covid-responsible - no transportation, no hitchhiking, no towns. I would drive to the trailhead, walk in a circle, and cache my food beforehand.

I headed west, doing a few warm-up hikes. First up was an exploratory jaunt on Boulder Mountain, scouting a re-route for the Deseret Hiking Route. 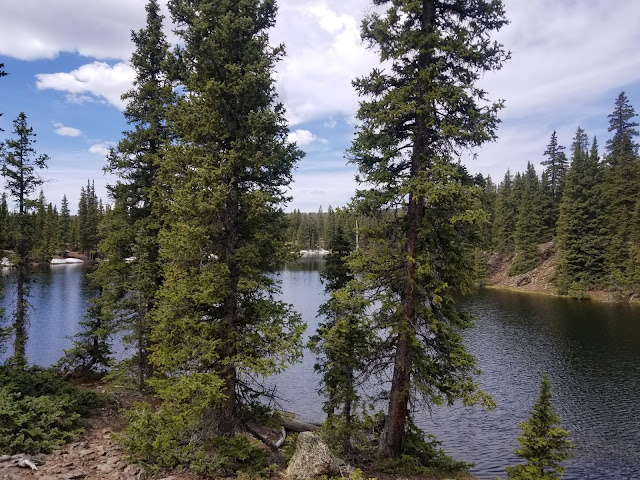 In June, I did a quick trip through the Tushars of south-central Utah, summiting all of the 12,000-foot peaks in the range. 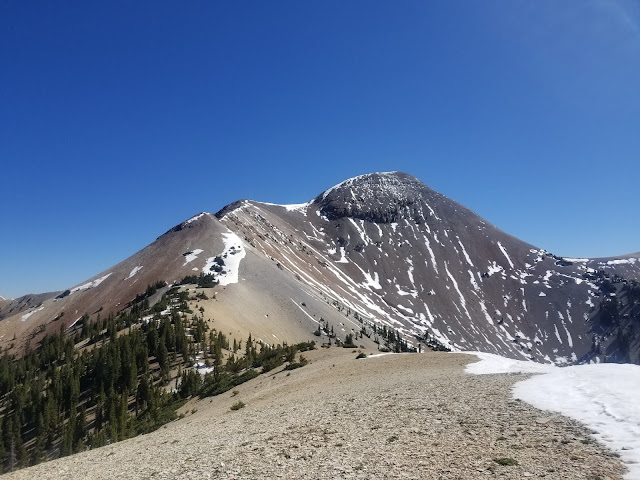 Later that month, I did a pair of trips in the Uintas - one in the western part of the range... 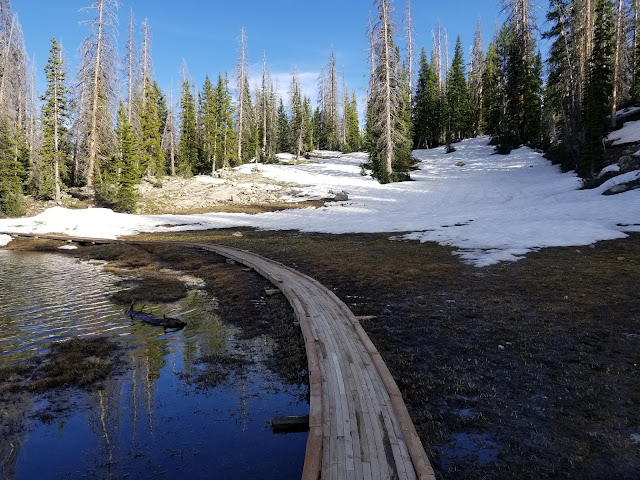 ...and one right along the spine of the range, the main Uinta crest. 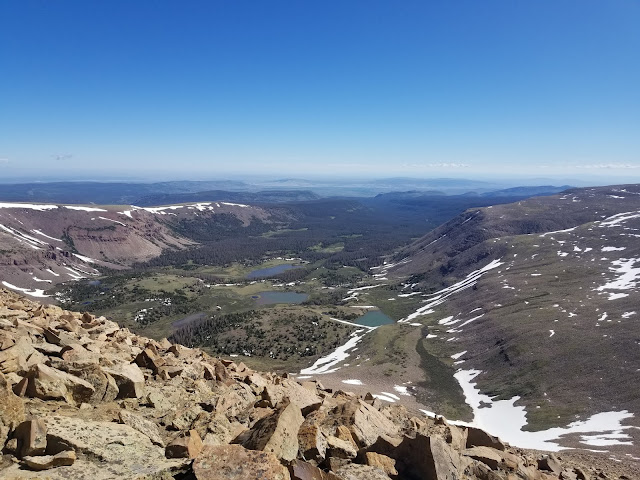 All the while, I was living that #crappybeatupsubarulife, avoiding towns and sticking to wild places.

On the first of July, I began a Greater Yellowstone Loop near West Yellowstone, MT. I trudged through plenty of snow in the Tetons, but the views made it all worth it. 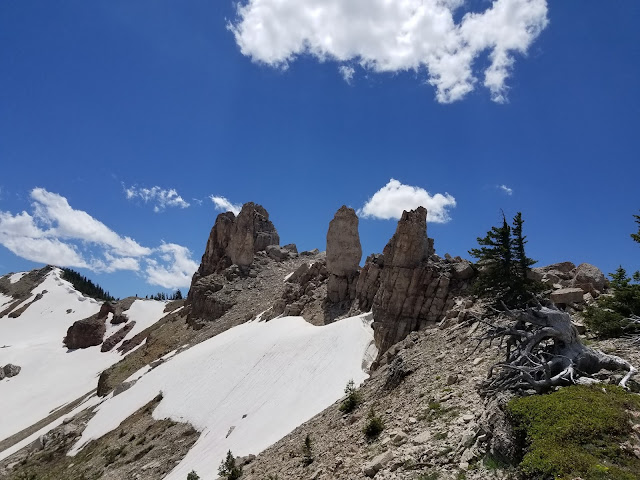 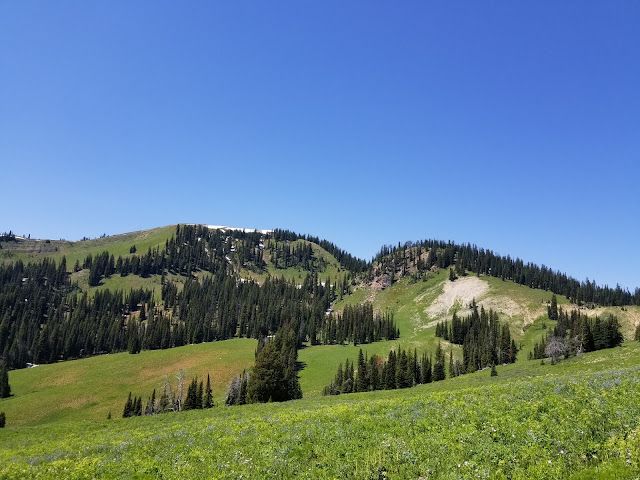 I had picture-perfect weather in the Gros Ventres, ideal for for walking the crest and recently-glaciated shelves. 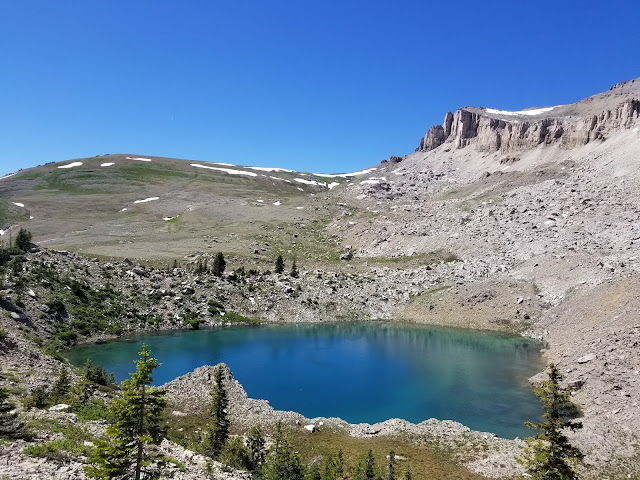 The Absarokas, true to form, were wild, rugged, and full of grizzlies, one of whom objected to my presence. 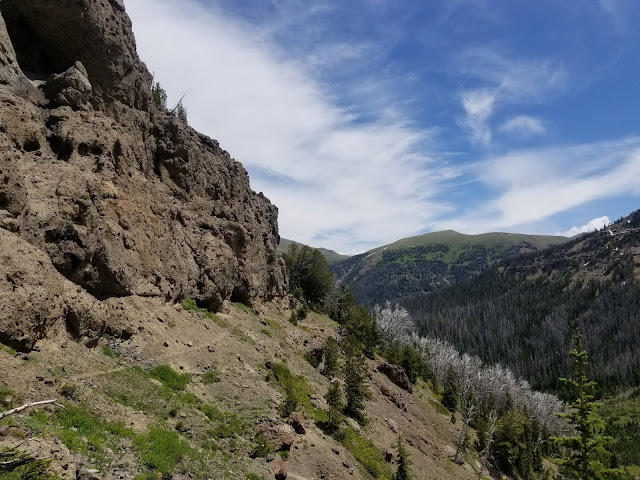 The fine hospital staff in Cody, Wyoming stitched me up and sent me on my way. It took a few weeks before I was healed up enough to continue the route.

In August, I resumed the route, passing through the Beartooths, still one of my favorite ranges of all time. 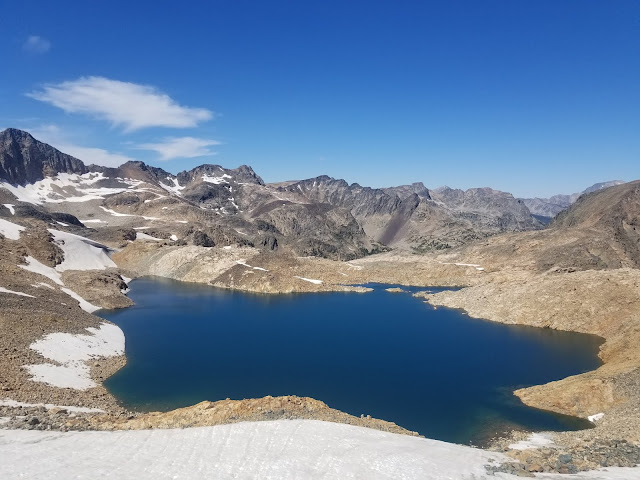 I sashayed through the northernmost Absarokas, and later passed through the Gallatin Range, choked in thick smoke by wildfires burning on the West Coast. 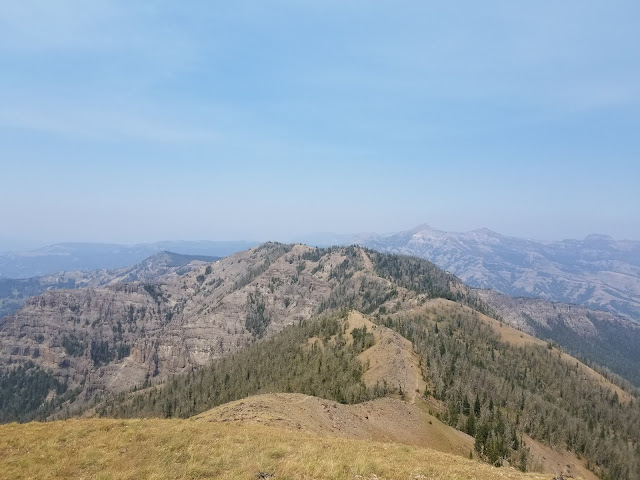 The trek concluded with a jaunt through the Madisons. I completed the loop near West Yellowstone on the last day of the month, just as the season's first snowflakes began to fall. 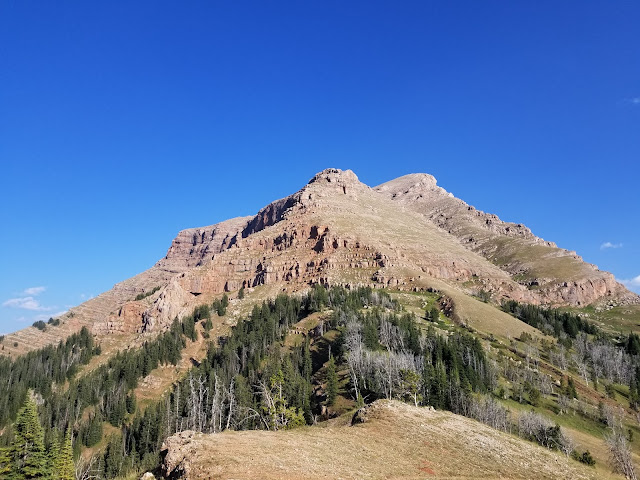 In September, I did a short jaunt into the northern reaches of the Wind River Range... 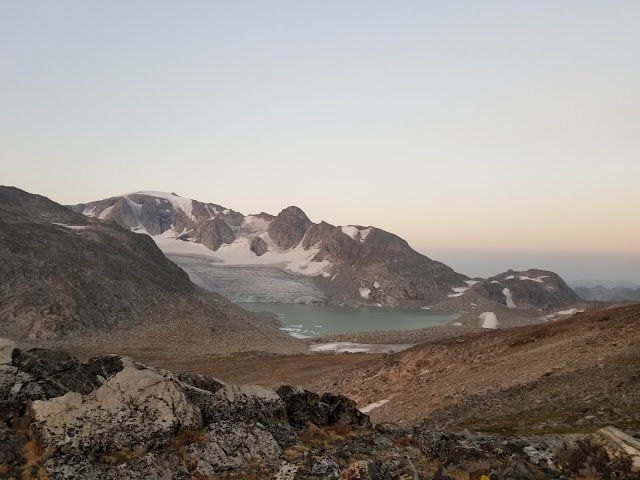 ...and celebrated my thirtieth trip around the sun with a quick overnighter in the Wasatch.

I didn't get out too much for the rest of the year - car trouble and the practical realities of re-establishing myself after a couple of years on the road played a role - but I anticipate getting out a lot more in 2021, particularly if and when coronavirus dies down due to vaccination.

I originally intended to do four long hikes in 2020 - the Florida Trail, Ouachita Trail, Grand Enchantment Trail, and the Pacific Crest Trail. Of the four, I only successfully completed one. I completed the Florida Trail, and quit the Ouachita a couple days early because the weather, and the upcoming forecast, combined to make it a bit miserable. I don't regret quitting it.

The Grand Enchantment and Pacific Crest trails are a different story. I quit the GET after 4 days due to the worsening Covid-19 situation, and my PCT hike was entirely a no-go. While I acknowledge that "having to skip a vacation with a fancy title" is pretty far down the list of coronavirus-related hardships, I'd be lying if I said I wasn't a little bummed about not being able to do those hikes.

Still though, I managed to see plenty of beautiful things, and I am happy with how quickly I changed gears to pull off a Greater Yellowstone Loop, which is probably the most beautiful hike I've ever done.

The end of the year marks a significant shift in lifestyle for me. Since spring of 2018, I've been on the move constantly, never spending more than two months in a single place. I've probably walked 10,000 miles in that time, road-tripped across the country several times, and generally enjoyed adventuring full-time.

But living out the the back of a car or a backpack does get a little bit old. And as much as I enjoy adventure, it's not the only iron I have in the fire. Lord willing, I plan to return to full-time employment in 2021. I will have an apartment, rather than a Subaru and a storage unit. My outdoor trips will be measured in days, not months. And you can be sure that I'll document those trips on this blog as irregularly as I always do!

It's been a rough year, in some way, for just about everybody. But our hope isn't merely in the turning of the calendar to 2021, the promise of a Covid vaccine on the horizon, or the end of the malignant Trump administration. Our confidence is that whether it's the year 20, 202, or 2020, that the same God is in control and we can depend on his goodness... even when there's a bad-tempered bear heading our way. 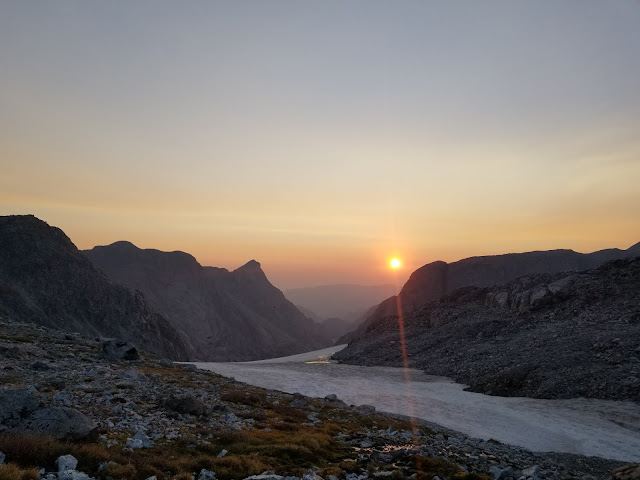